I don't know if I'd even want to know. 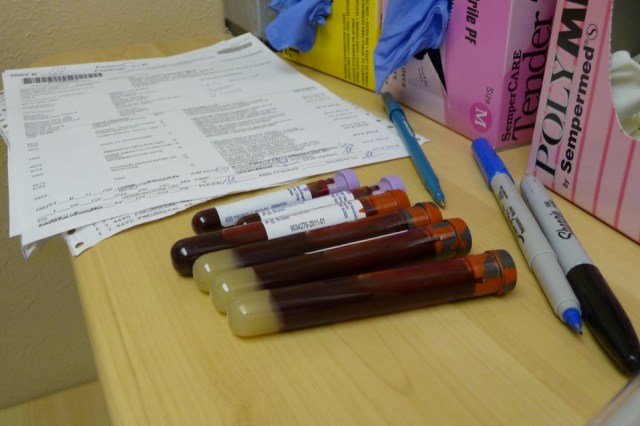 You know how you’re supposed to live life to the fullest because any moment could be your last? Turns out, science may have figured out a way to pin that time-frame down a bit for you. With new blood tests, researchers from Finland and Estonia think they can tell whether or not you’re going to live beyond the next five years.

Using a technique called NMR Spectroscopy, these researchers screened 17,000 blood samples, searching for any biomarkers that occurred frequently in the blood of people who died soon after their blood was taken. What they discovered and published in PLOS Medicine journal was that people with elevated levels of four particular biomarkers in their blood (plasma albumin, alpha-1-acid glycoprotein, very-low-density lipoprotein (VLDL) particle size, and citrate) had a super-high chance of dying within five years.

They’re not kidding, either; people with levels in the top 20% were 19 times more likely to die from causes like heart disease or cancer than those in the bottom 20%. Because all of the causes of death varied, the researchers believe this biomarkers are indicators of a genetic frailty in the body (meaning you’re more likely to die from anything at all, which is terrible).

“We believe that in the future these measures can be used to identify people who appear healthy but in fact have serious underlying illnesses and guide them to proper treatment,” said Dr. Johannes Kettunen. “More studies are, however, needed before these findings can be implemented in clinical practice.”

Which is kind of a shame because I think I’d like one of these blood tests ASAP, thanks.

(via YLE UUTISET, image via misty_kay)