This Dragonfly Robot Can Avoid Obstacles All by Itself, Making It Harder to Destroy in Inevitable Robot Uprising 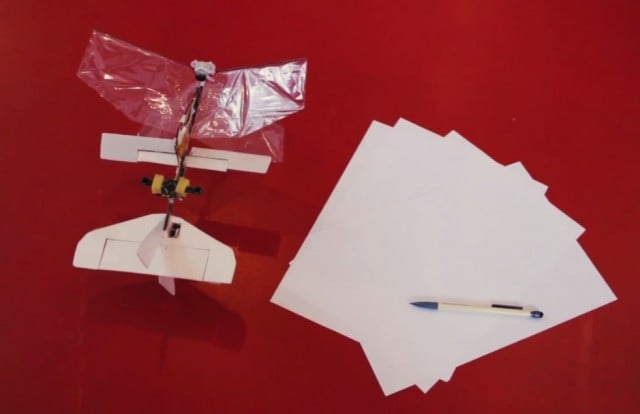 Pictured above is the DelFly Explorer, a small, super-lightweight micro air vehicle (MAV), built by TU Delft. The latest innovation of the DelFly is an onboard stereo camera system that measures distances to objects, allowing DelFly to avoid objects on its own. At 20 grams, we won’t admit to being afraid of the DelFly, but put enough of them in a room not bumping into things, and we’ll be pretty freaked out.

What’s fascinating about the DelFly isn’t that it can avoid objects, fly, or give us nightmare. Lots of bots can do that, but it’s impressive largely because it’s doing all those things autonomously. Not only isn’t there any human control, but all the controls are built into the DelFly itself courtesy of a tiny computer. That’s all in a package that weighs as much as a few sheets of paper.

They compare the DelFly to a dragonfly, because it’s the closest natural analog, but if they upgrade it with a tiny speaker and have it follow you around shouting “Hey! Listen!” for no reason, they could call it Navi and sell it to Zelda enthusiasts.