No, guys. Teaching robots to lie is bad for our health. Way to go. 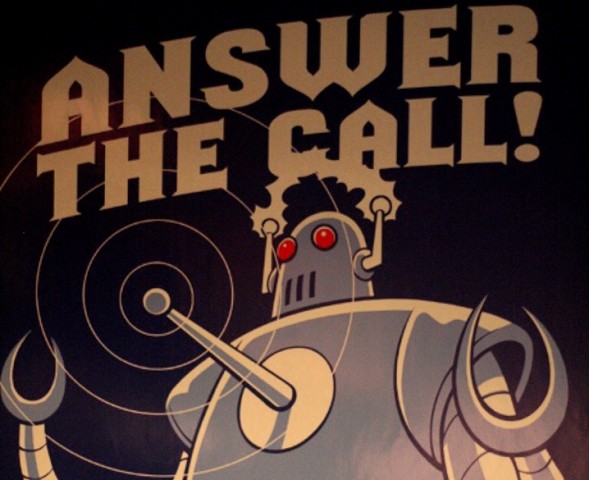 We’re not sure if we’re more scared by a robot that tries to convince people it’s human or by the fact that a company actually thought it was a good idea to fool people like that. A robot with a human voice that called itself “Samantha West” has been calling people in an effort to sell health insurance, because robots need their human slaves to be healthy.

It all came crashing down when the recorded voice reached TIME Washington Bureau Chief Michael Scherer. Scherer asked point blank if “West” was a robot, and she laughed it off and insisted she was human. However, when faced with questions not covered in her robot script, she failed to answer and tried to deflect by talking about a bad connection and pressing on with her questions.

The, “I’m sorry, you’re breaking up,” approach doesn’t work when your Mom calls you to ask why you haven’t visited her recently, and it didn’t fool the reporters at TIME. They called back and made several recordings of the robot dodging questions and laughing at the idea that it wasn’t human. Here’s what a lying robot sounds like (judging by some SoundCloud comments, a few people are still fooled):

You can call her number yourself at (484) 589-5611, but after the reporters traced the calls back to health insurance company Premier Health Plans Inc. and pressed employees for information, the number began diverting to a busy signal. The company’s website is also currently down, so hopefully, they’re reevaluating the “lying robot” marketing strategy.

Seriously, guys. Don’t give the robots any ideas.

(via Gawker and TIME, image via Paul Downey)