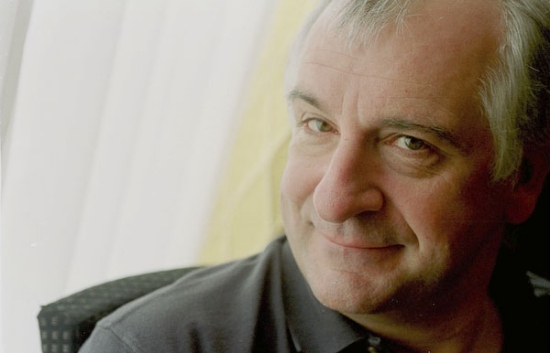 Science fiction wasn’t always the kind of genre that blended well with comedy, at least not on purpose. Some early science fiction was laughable not because of its creator’s sense of humor, but for things like gross inaccuracies, cheesy costumes, and canned plots. One man helped change all that. He was Douglas Adams, and he was born on this day, March 11th in 1952.

Adams was most well known for his classic Hitchhiker’s Guide to the Galaxy series that turned out to be a story that spanned not only galaxies, but media as well. It started as a radio drama, then grew into a series of books, a television series, an incredibly frustrating but wonderful computer game, and a movie. It even inspired a holiday — May 25th is Towel Day in celebration of Adams. Then again, we here at Geekosystem celebrate Towel Day everyday. Because you never know when one will come in handy.

With his work Adams taught young geeks a few important, yet simple lessons. DON’T PANIC. Always have a towel. And never undervalue a good cup of tea — you never know when you’ll get another.

If you have some time to spend pulling your hair out and screaming at your computer screen, the BBC has the text-based Hitchhiker’s Guide to the Galaxy game available to play on their website here. What better way to remember Adams? Unless you’re Google. Then you make a pretty neat little Doodle in Adams honor- which they did.

(via Wikipedia, image via michael_hughes)