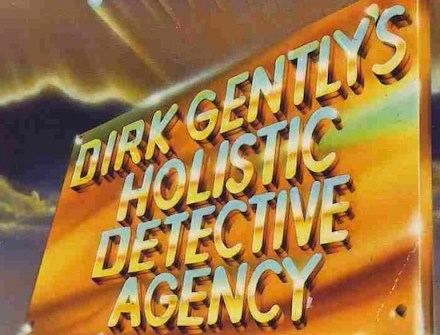 The wild nonlinear romp through causality, the life of Samuel Taylor Coleridge, and alien ghosts?

…well, the BBC is making an hour-long special out of it, with possible series to follow, if it does well enough.

A Dirk Gently show was alluded to briefly almost a year ago at a celebration of the 30th anniversary of The Hitchhiker’s Guide to the Galaxy, but since then the BBC has remained mum.  From Bleeding Cool:

It’s going to screen on BBC 4 (not BBC 3 as originally planned), and that the plot will see Gently try “to solve the disappearance of a cat from an old lady’s house” – ie. it will be an adaptation of Adams’ first Gently book, at least in part. The script is by Howard Overman, creator of Misfits and Vexed, and according to his agent, the runtime is 60 minutes.

Well, whenever the show makes it over to this side of the pond, we’ll gladly give it a go.