Double Fine Now Makes Money Off Their Very Own Psychonauts 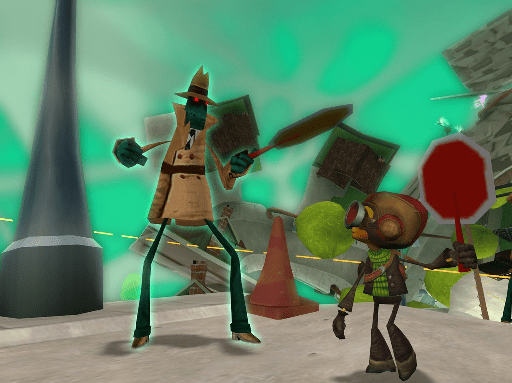 Psychonauts, along with a few certain other video games, was part of one of those rare happenings when a fantastic product doesn’t make the money it deserves. Not only was Psychonauts initially a financial flop, but the game’s publisher, Majesco, actually bowed out of the “big budget console game marketplace” because of the financial hit it took due to the game’s extremely inexplicable and disappointing sales. However, as people ran out of other games to play, the voice (both consumer and industry) of the Psychonauts supporters grew in numbers over the years and the game released on various other platforms, such as Steam and Xbox Live, with a significantly reduced price, the game finally started selling.

Though the game wasn’t selling for the original price of fifty dollars or more, Psychonauts started selling. The thing is, Majesco still held the publishing rights, so they were mainly the ones reaping the belated benefits, not Double Fine, the brilliant development studio that actually made the game. However, a tweet sent by Double Fine programmer Anna Kipnis said that Double Fine is now the sole publisher of the game, and all proceeds now go to them. Oddly, she did go on to sort of retract that statement a few hours after the initial tweet with another tweet, saying she jumped the gun on the announcement, but told us to stay tuned, because an exciting official Double Fine announcement is forthcoming. In all likelihood, the exciting announcement is probably just the same one that she jumped the gun and tweeted — which is definitely a good announcement, in that Double Fine deserves our money — but hey, Psychonauts 2 would be pretty exciting, right?