Kickstarter is great, but it can't fix the creative person's inability to understand their own limitations. 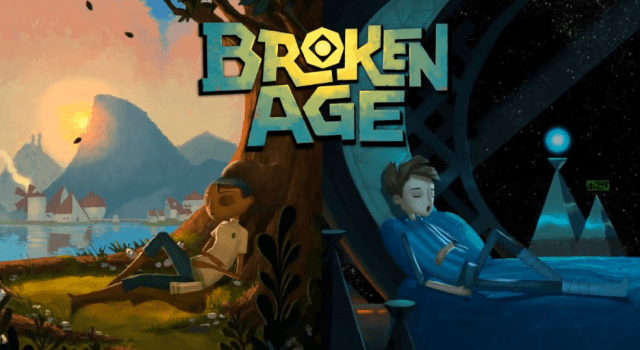 This shouldn’t come as too big a shock, but you might want to sit down first and make sure there aren’t any breakable objects within reach before you keep reading. Okay, ready? You know Broken Age, that Kickstarter-backed game by Tim Schafer and Double Fine Productions that asked for a modest budget of $400,000 and got over $3 million instead? Schafer just announced that they’re over budget and the first half of the game won’t be ready until January 2014. Shh, I know you’re angry. Deep breaths. Remember your blood pressure.

Broken Age, you might recall, is supposed to be a point-and-click adventure game that jumps back and forth between a boy and girl character, each “seeking to break the tradition with their lives.” Schafer chose the adventure genre because he wanted to highlight a type of game that would never get funded by traditional developers now.

In a long backers-only letter on Kickstarter, Schafer put the blame all on himself for this oversight, calling it a “huge wake-up call.”

“Broken Age’s schedule changes have nothing to do with the team working slowly,” he said. “It’s just taking a while because I designed too much game, as I pretty much always do. But we’re pulling it in, and the good news is that the game’s design is now 100 percent done, so most of the unknowns are now gone and it’s not going to get any bigger.”

So what’s going to happen now? Double Fine is going to stop asking their fans for money, for one thing, and they also refuse to go to a traditional developer as it would “violate the spirit of Kickstarter.” Instead they’ve decided to take the hit on their budget overage and have already started making modest cuts.

The first part of the game will be released on Steam once it’s completed, and those Early Access sales should boost development for the rest of the game. A completed version will be available sometime in May as a free update for those who’d already purchased the first half. Hey, at least it’s not going to be pushed to July 2015! That might have happened if they’d kept going at the same pace from before they figured this all out.

In the meantime, the teaser trailer released in late March of this year looks pretty dang… well, pretty, at least.

Is it $3.4 million worth of pretty? I can’t say because I don’t actually know what that looks like — heck, Final Fantasy VII was made for $48 million back in the day, and while it’s a great game that still holds up, do I have to remind you how imperfect it is? “That guy are sick,” anybody?

Still, I don’t see any point in complaining about how much money they’ve already spent, which is already what’s happening in the YouTube comments for this video. Unless you fronted the $3 million yourself, it’s probably a good idea to stop acting like Double Fine is a bank that you still owe student loans or something. Yes, they absolutely could have budgeted better, but odds are that Schafer’s not pocketing the money and running away to Cabo, so just be patient. We should all be used to this by now.