Seattle Police Will Hand Out Doritos at Hempfest, So How Soon Can We All Move There?

No, officer, I don't know why you pulled me ooOOH COOL RANCH 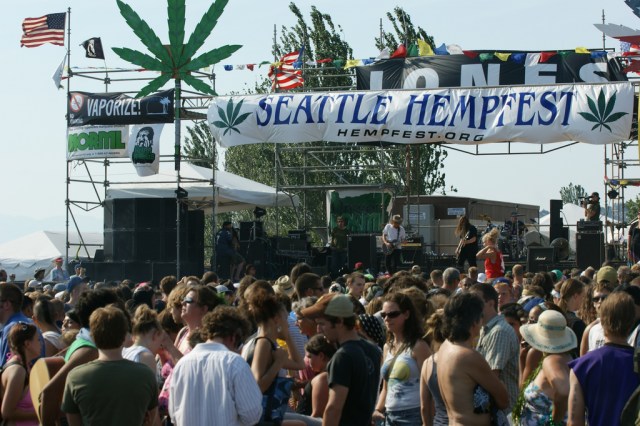 In a stunning turn of events that sounds like something out of the best Axe Cop storyline ever — even better than the one when the Ninja Moon Warriors hunt down Vampire Moon Baby Kid– Seattle police officers are planning to hand out bags of Doritos to attendees of Hempfest, along with information about the state’s new pot laws.

Now, of course it’s not all fun and games — while Seattle Hempfest has been around since 1991, this is the first year that Washington’s laws regarding marijuana actually allow for its use and/or consumption. With any controlled substance, there’s bound to be some confusion regarding what is and isn’t permissible, and the Seattle Police Department is committed to make sure every Hempfest-goer knows the difference. So, of course, they’ll be stapling the guidelines onto bags of chips and handing them out. Genius, really.

So what are the official rules? According to the department’s FAQ (amazingly titled “Marijwhatnow”), an adult over 21 years of age is allowed to posess up to an ounce of marijuana, or 16 ounces of an edible marijuana product, or 72 ounces of a marijuana infused liquid. It is still not permissible to bring the stuff onto federal property, and you can’t fire up a joint or nosh down on a Scooby Snack in broad daylight — sort of like open container laws. Also, only state licensed stores can sell pot, so don’t bring your whole stash down expecting to barter with other Hempfest attendees.

Be warned, however — the police department only has 1,000 bags of chips, so if you get there late (and if you’re a hardcore hemp enthusiast, that is more than likely), you will miss out.

However, Seattle’s finest also wants you to know that they are committed to the integrity of their snack food selection, as evidenced by this tweet from their official feed:

Please ignore maliciously false reports that we’re giving out Bugles at @seattlehempfest .We would never, ever do that.