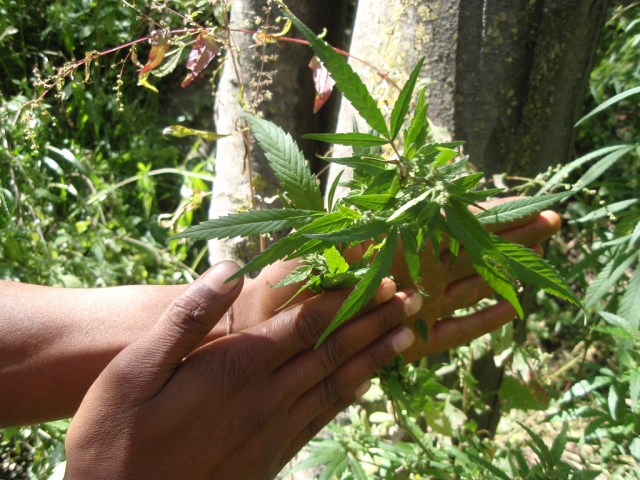 Today in Top Notch Police Work news, police in Britain sniffed out an outdoor marijuana farm and brought the operation to a halt — and it was all thanks to the rank farts of one of their colleagues.

A patrol car full of officers in Leicester found themselves forced to roll their windows down and get some fresh air when confronted with a colleague who couldn’t stop breaking wind. Their respite from the gas-passing peace officer, though, was interrupted by another smell the police were familiar with — the odor of marijuana plants wafting through the summer air.

The officers followed their noses down the road to a nearby home where an investigation turned up a marijuana grow-op that police estimate to be worth… 12,000 pounds, or about $19,000. As far as drug farms go, that might be the very definition of “rinky-dink” but hey, an arrest is an arrest, I guess.

“It was a good collar and it was all down to this officer and his flatulence,” one police source said. No word on whether the officer — or his flatulence — will be receiving a commendation for their work on the case. For what it’s worth, we suspect the cop involved would just as soon clear the air and leave the situation behind him.