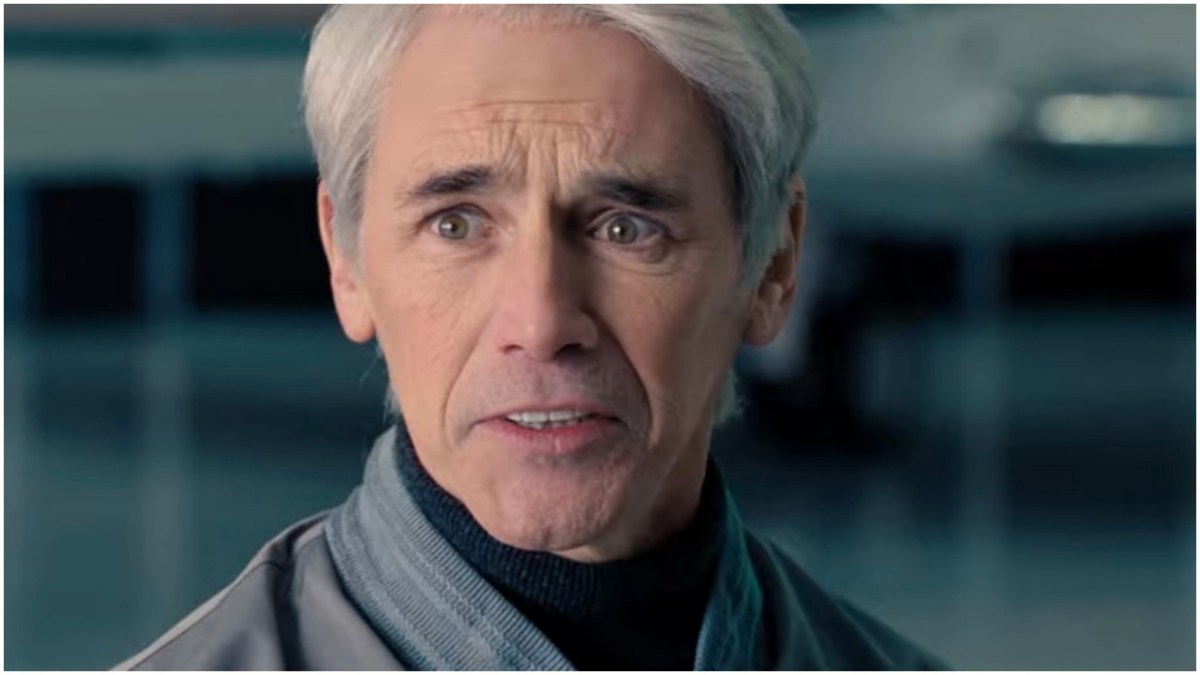 ***SPOILER ALERT: This post discusses the plotline and ending of Netflix’s Don’t Look Up.***

But the most powerful among them is Sir Peter Isherwell (Mark Rylance) tech billionaire CEO of BASH and one of Orlean’s top donors.

Isherwell is a spoof of so many tech CEOs who have built a cult of personality around themselves. Part Elon Musk, part Jeff Bezos, part Sir Richard Branson, and part Peter Weyland, Isherwell is a billionaire who isn’t merely content with being one of the richest men on the globe. He needs to be the richest man in the galaxy. Everything Isherwell does is a power play designed to manipulate those around him, from demanding no eye contact to callously sharing everyone’s cause of death according to his algorithm.

With his luxury athleisure wear and his too-white smile, Isherwell feels like a robot pretending to be human. And in a world where tech billionaires would rather take joy rides into space than solve world hunger, he fits right in. Rylance does a terrific job of capturing Isherwell’s quiet menace and clinical detachment.

It’s Isherwell who calls off the mission to destroy the deadly comet, which is rich with valuable minerals. He proposes sending his own drones instead, so he can recover the trillions worth of minerals for the U.S. The fact that the world willingly goes along with his untested plan is a testament to the pedestal on which we place these kinds of men. These false idols are hailed as innovative disruptors, as Time’s Person of the Year. They’re celebrated as geniuses, when so much of their superpower comes from generational wealth and good timing.

But despite these men having seemingly everything, they’re still not content. And their wealth has so detached them from reality and from the global community that they suffer zero consequences and even less oversight. Because the world ending and climate change doesn’t impact them. There’s already a spaceship fired up and waiting to take them to the next world to conquer.

Don’t Look Up is largely a film about the climate crisis, but it also hits on America’s COVID-19 response, Trumpism, fake news, celebrity culture, and social media. And while it shows countless people being too stupid to recognize the threat of a giant comet hurtling towards Earth, the real villains aren’t the comet deniers and those chanting “don’t look up”. It’s the conscious avarice of the bureaucrats in charge, and the dark money that controls them that dooms the planet.

As Jennifer Lawrence’s character Kate says, “You guys, the truth is way more depressing. They are not even smart enough to be as evil as you’re giving them credit for.”