“Why Is He Just Holding Two Hats?” and Other Pressing Questions About Donald Trump

Seriously, why the two hats, though? 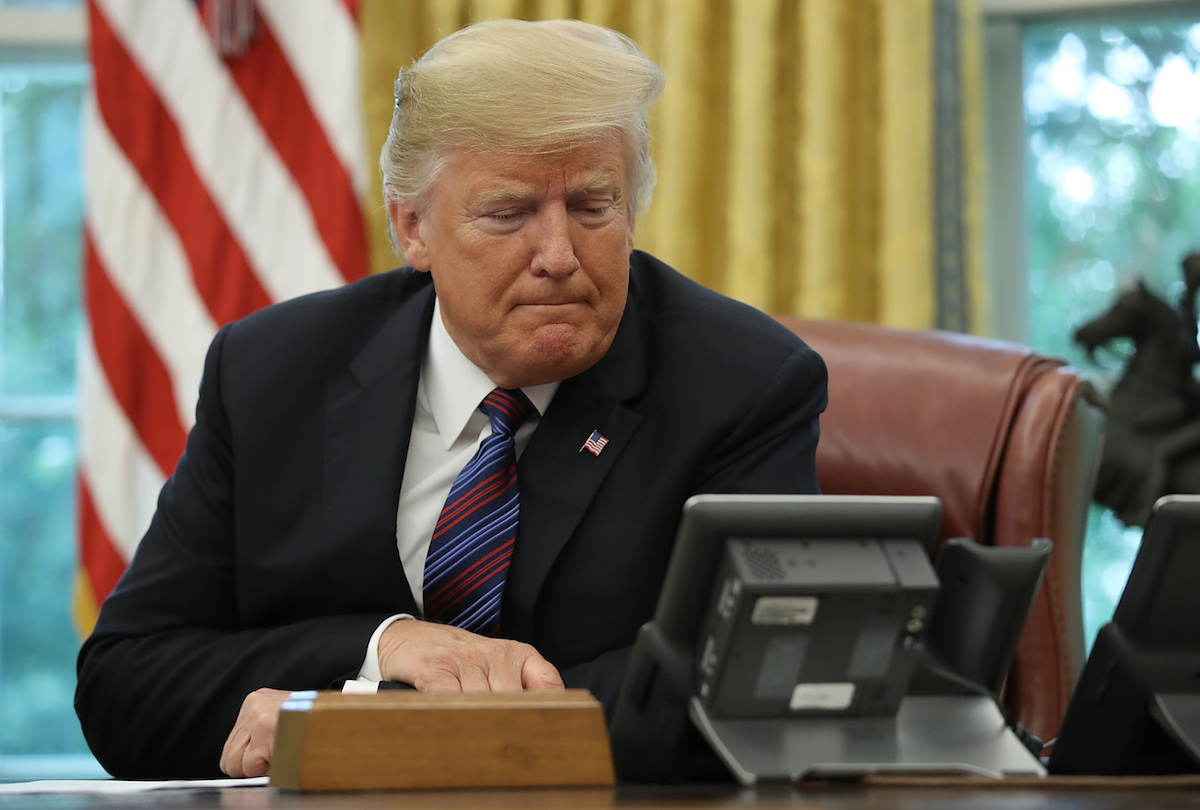 But it makes us wonder why the president had two hats and what he was planning on doing with them. So when Hunter Walker yelled out, “What are those?” at the president, I suddenly became very invested in whatever it was the president was going to do with said hats.

Does he have friends? Is he going somewhere and realized his friends might need protection from the sun? From what I could tell in the video, they weren’t even “Make America Great Again” hats. So really, what in the world is the president doing?

President Trump ignored questions about DeSantis and John McCain as he boarded Marine One. I asked why McGahn is leaving and got no answer. The president also showed off a pair of hats and I asked, “What are those?” pic.twitter.com/zawKjPfhny

The important thing to note about the video is that the president has just chosen to not answer reporter questions anymore, which is a very bad thing. So yeah, sure, it’s fun for me to sit here and talk about hats, but in reality, we’re living in a world where our own president won’t answer pressing questions because he’s trying to villify the press for his own benefit.

We love a good joke when it comes to Donald Trump, because until November, it’s what keeps us going. Whether it’s turning something he said into a meme or just making fun of him, it is what brings us joy in 2018. That being said, we miss things like him not answering questions when we do it. The first thing I thought about while looking at his hat video was, “Oh good I can make fun of him for thinking he had friends,” meaning I ignored the part where he just walked by and didn’t answer very pressing questions.

Our own president won’t answer the press because he doesn’t like what they’re saying about him and so, instead, he trusts news sources like InfoWars, where Alex Jones just screams nonsense into a camera for fifteen minutes. It is a scary time in America, and our own commander-in-chief won’t take anything seriously.

Going back to the hats though, do you think he just has boxes of hats in the White House that he hands out to people? Who keeps ordering the hats? Is it like his welcome gift when someone comes into his office? “Hello, I want to look like I have friends. Please have this free hat but make sure you pay for it on your way out. I still am Donald Trump after all. I want to take as much money for myself as I can possibly get before the end.”