But that's never stopped them from trying! 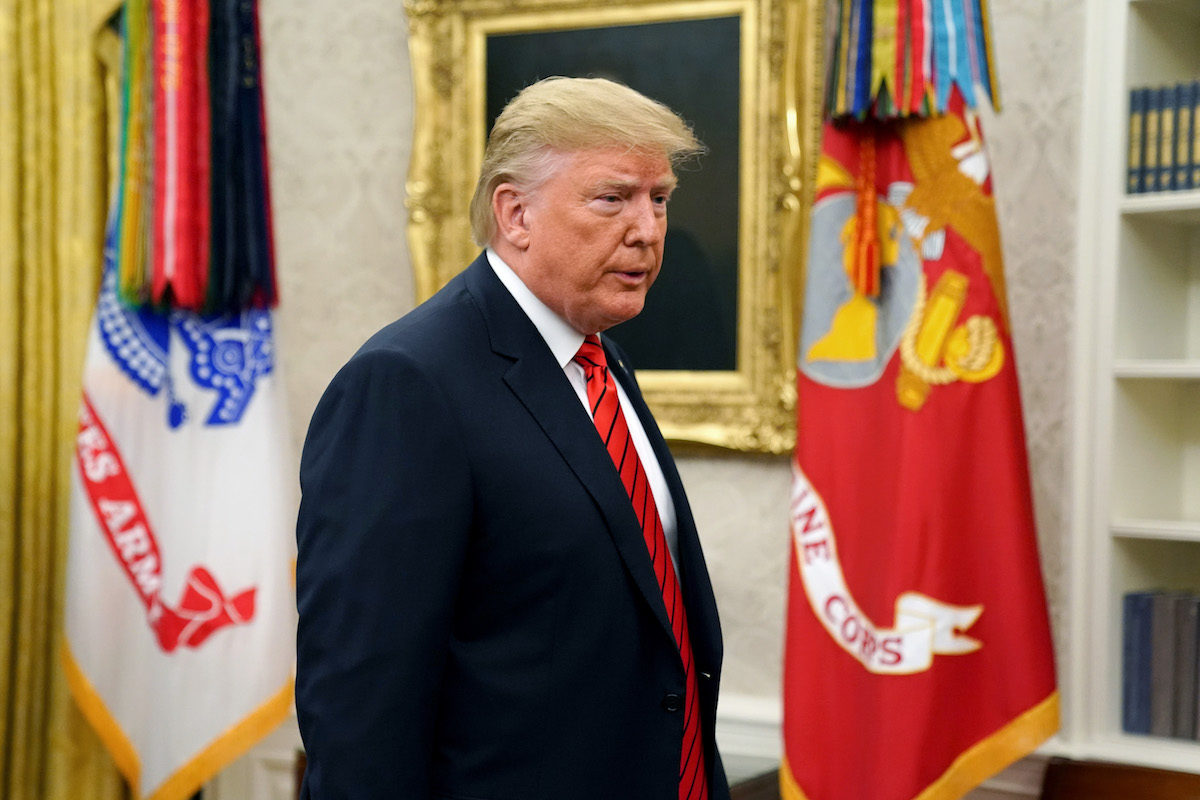 Since Donald Trump took office, Republican lawmakers have repeatedly had to choose between what remained of their integrity and kowtowing to Trump. They could go along with a president who announces policy decisions by tweet, desperately wants to eradicate the nation’s press, and appoints totally unqualified people to senior positions in his administration and in the courts, or they can stand up to Trump and risk having him attack them, as he tends to do with anyone who’s critical of him.

For some, that choice is easy. Mitch McConnell, for one, has no problem wearing his hypocrisy like a badge of honor. Others, like former Speaker of the House/current Fox board member Paul Ryan, have expressed how super sad they are that they could never bring themselves to grow a spine while they were still in office. But very few actually break from Trump’s ranks, no matter how far off the rails he goes.

For that reason, one of the biggest hesitations around the idea of impeachment has always been the question of what comes next? Impeachment proceedings start in the House (which is currently led by a Democrat majority), but the Senate (with a Republican majority) has to vote to remove Trump from office, and since very few lawmakers tend to vote outside party lines these days, that doesn’t seem likely.

But now, a prominent Republican seems to be publicly challenging Trump’s attacks on the Ukraine call whistleblower. Iowa Senator Chuck Grassley didn’t name Trump specifically in a statement released Tuesday, but it’s pretty clear who he’s talking about. Hint: It’s the guy who has spent the last week calling the whistleblower and those working with them “close to a spy,” implying they should be arrested for treason, attacking their credibility, and demanding to interview them.

“No one should be making judgments or pronouncements without hearing from the whistleblower first and carefully following up on the facts,” Grassley wrote. “Uninformed speculation wielded by politicians or media commentators as a partisan weapon is counterproductive and doesn’t serve the country.”

For some context, Chuck Grassley is the absolute worst. He most recently made that clear during the congressional hearing with Christine Blasey Ford, where he was incredibly antagonistic toward Dr. Ford and managed to interrupt every single woman who spoke that day.

But Grassley has also spent his seven terms in office defending whistleblowers under administrations from both parties. Even given that history, it’s still surprising.

Most of us have probably assumed that when it came time for votes, Republicans would all fall in line behind Trump, but that’s looking like less of a sure thing every day. Grassley seems to be dipping his toes in the dissent pool (or at least the I Have Questions Pool), as does House Republican Mark Amodei. Amodei hinted last week that he supported Nancy Pelosi’s impeachment inquiry, if not impeachment itself. “Let’s put it through the process and see what happens,” he told reporters. “I’m a big fan of oversight, so let’s let the committees get to work and see where it goes.”

If an impeachment vote does make it to the Senate, and assuming every Democrat votes in favor of Trump’s removal, they’d still need 20 Republicans/Independents to join them. That’s a lot. If impeachment proceedings drag out until after November 2020 (that’s an exhausting thought) and if Trump is reelected (that’s even more exhausting), this could be a different story. There are 23 Republican Senators up for reelection—compared to 12 Democrats—and at least one is retiring after this term. So, there’s a chance to flip the Senate or at least nudge it, in which public opinion on any impeachment developments will certainly play a role.

For his part, Trump is making it harder and harder for anyone to support him. He hasn’t stopped tweeting attacks on Adam Schiff and other Democrat lawmakers for about a week, and he’s increasingly pushing a QAnon-adjacent “deep state” conspiracy theory as being the root of all his problems.

It’s way too early to get our hopes up about an eventual impeachment, but we may not have to completely write the possibility off, either.