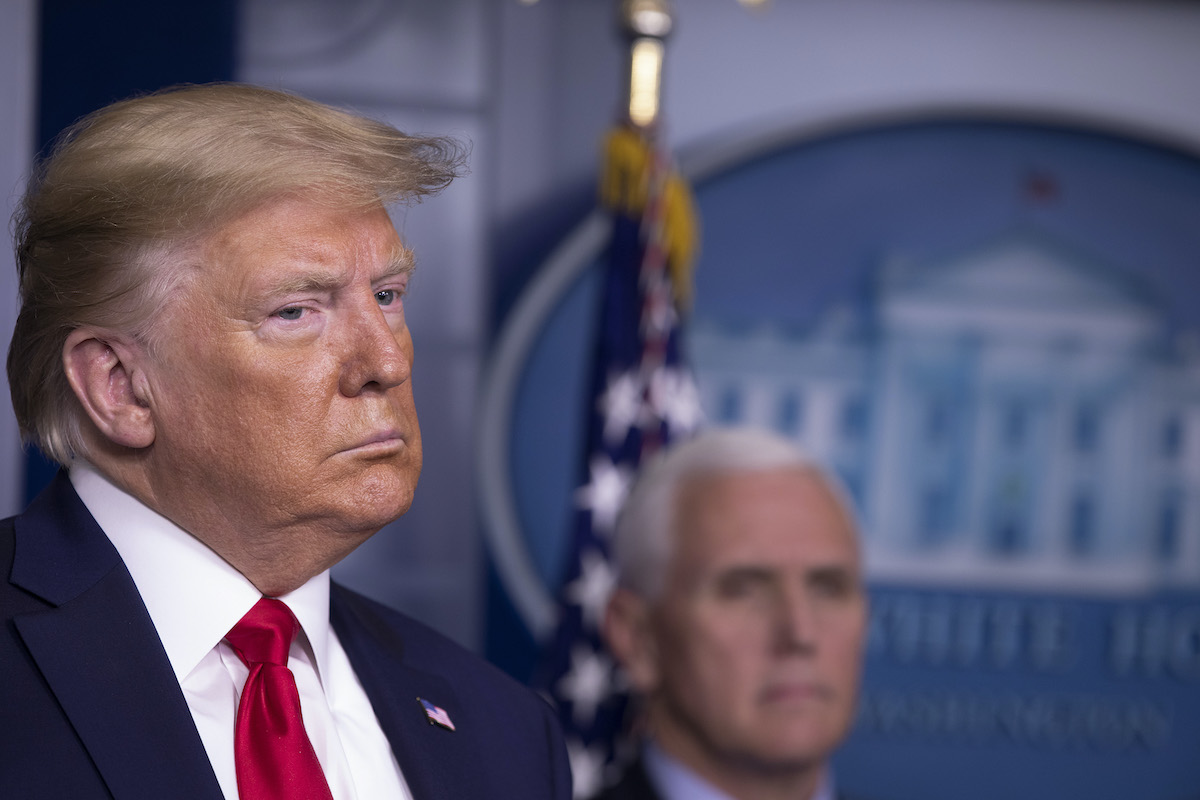 On Sunday, Senate Republicans failed to get the votes needed to pass their incredibly shady coronavirus relief package. Lawmakers have been debating the specifics of the package since Thursday and the version Mitch McConnell and other Republicans landed on is a massive $1.8 trillion stimulus plan that would include direct payments to millions of people, some protections for small businesses, and an increase in unemployment benefits. But it would also include $500 billion for the Treasury Department to disperse however it wants, with little to no oversight or transparency.

McConnell and Republicans obviously blamed Democrats for keeping money out of Americans’ pockets.

Democrats, however, say they just don’t want to create a “slush fund” for billionaires and corporations.

Senate Democrats were right to block a $500 billion corporate giveaway. Working people should get the relief.

That concern isn’t unfounded. In addition to Republicans’ endless precedent of putting corporations above people and the extremely wealthy above everyone else, Donald Trump himself wouldn’t even commit to making sure that relief money wouldn’t go to his own company, the Trump Organization. Why? Because back when he declared he would refuse his presidential salary, we didn’t say “thank you” enough.

“Instead of being thanked for … for just not doing it, I get excoriated all the time. So I’ve learned, let’s just see what happens.”

Trump does not commit to reject taxpayer bailout money for his hotels. pic.twitter.com/VD95KOYFI5

Trump’s hotels and golf clubs are not doing too well right now. This weekend, he closed Mar-a-Lago, where he has spent more than 100 days of his presidency and which had recently become a hub for spreading the coronavirus to foreign dignitaries.

There are a lot of businesses that are in jeopardy and need money this minute. Employees are being laid off (and losing their healthcare in addition to their income) and small businesses are struggling to stay afloat. If Trump’s treasury secretary has the ability to dole out $500 billion to businesses in need without disclosing the recipients to the public, what are the chances other businesses, even other hotel chains, will receive as much as the Trump Organization?

Trump says we should just “see what happens.”