Does Jesus Love Jawas? Would They Then Be Jawas for Jesus? 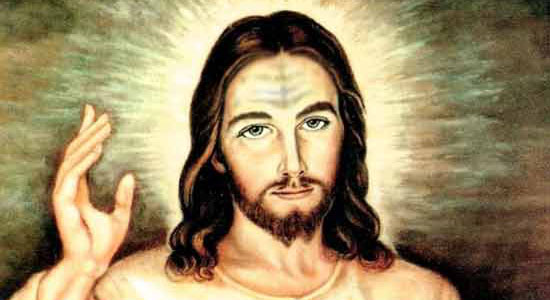 Don’t pretend you’ve never thought about it. Jesus is supposed to care about all creatures big and small so why wouldn’t he take care of the Klingons, E.T.’s and Jawa’s out there in the galaxy? Well, recently, theologians and scientists actually put forth the debate, “Did Jesus die for Klingons too?” at the 100 Year Starship Symposium in Orlando, Florida.

At the event, sponsored by the Defense Advanced Research Projects Agency (DARPA), theologian Christian Weidemann of Ruhr-University Bochum spoke about what would happen to religion should we discover proof of life on other planets.

Weidemann posed this, “The death of Christ, some 2,000 years ago, was designed to save all creation. However, the whole of creation, as defined by scientists, includes 125 billion galaxies with hundreds of billions of stars in each galaxy. That means that if intelligent life exists on other planets, then Jesus or God would have to have visited them too, and sacrificed himself equally for Martian-kind as well as mankind.”

If that’s not the case, Weidemann supposes Jesus would have had to choose humans to save or that we were the only ones bad enough to need saving. “You can grasp the conflict,” he said, “If there are extra-terrestrial intelligent beings at all, it is safe to assume that most of them are sinners too.”

Science and religion have often been at odds but even those mainly in one camp or the other have questioned what alien life could mean for the religious. The Pope’s astronomer, Guy Consolmagno, said, “Any entity – no matter how many tentacles it has – has a soul,” and that he would baptize one if they asked. Although, Young Earth creationist Ken Ham disagreed with Consolmagno’s thoughts on the subject.

But what if God actually did dote on other possibly inhabited planets? Weidemann thinks perhaps he sent multiple incarnations of himself to each one.

Although we haven’t found life anywhere else but our home base as of yet, sci-fi has certainly played with the concepts of religion in space many times over. Battlestar Galactica made it a main focus of the entire series for instance.

Of course this debate won’t be settled until we make first contact with the Vulcans in 2063.