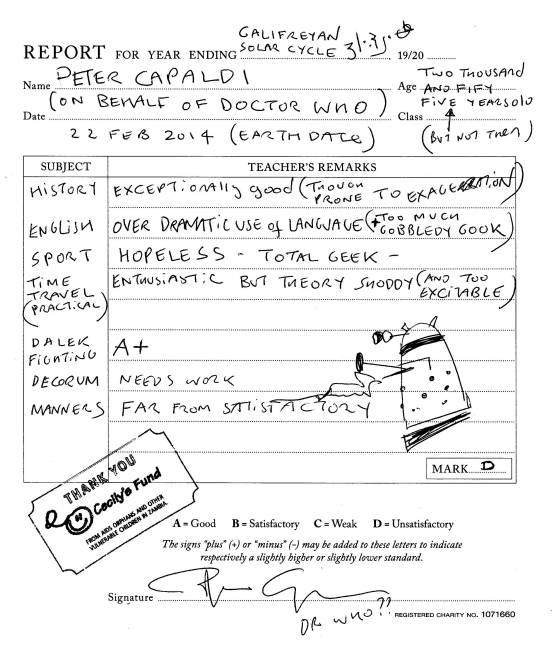 Peter Capaldi was asked to share his own school report card but felt a fictional one might be a lot more fun. We think he was right. According to the Radio Times who got this lovely sneak peek, the Doctor Who actor produced this work of art for the educational charity Cecily’s Fund. It will go up for auction, along with others, on Cecily’s Fund’s Ebay on June 24. We think Capaldi was fairly honest in his assessment of the Doctor but perhaps a bit too harsh overall. What do you think?