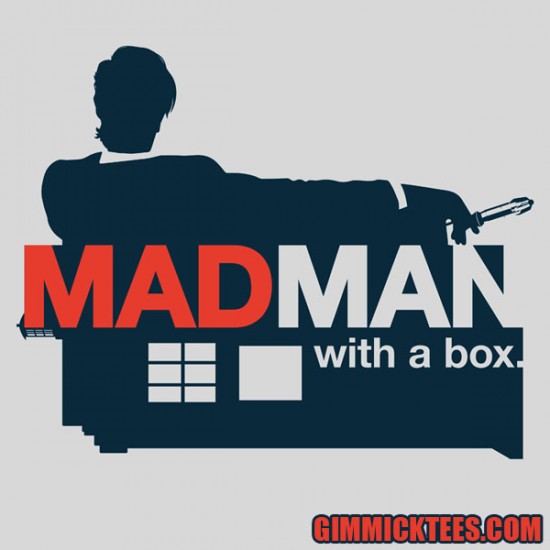 On sale now at GimmickTees.com is a design by Stuart Down that brings together two things people love a lot: Doctor Who and Mad Men. This shirt is available until November 4 but they’re also holding a contest starting next month to win a year’s worth of t-shirts (52). You can find out more on their Facebook. Now I want a TARDIS couch…