Doctor Who’s New Companion Has A Name! Plus The First Shots Of Her On Set! 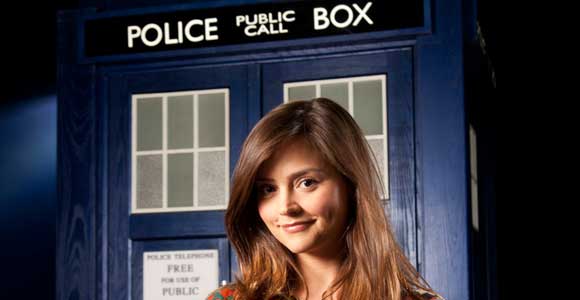 When the new companion for BBC’s Doctor Who was announced, not much information was given. We knew she’d be played by actress Jenna-Louise Coleman and that she talks faster than Matt Smith’s Doctor. Showrunner Steven Moffat said, “Who [Coleman is] playing, how the Doctor meets her, and even where he finds her, are all part of one of the biggest mysteries the Time Lord ever encounters. Even by the Doctor’s standards, this isn’t your usual boy meets girl.” Well, we finally know who she is and even have the first pictures of her from the set. If you consider those things spoilers, best to turn away now.

The secrecy surrounding Coleman’s casting and character were serious business. Though the actress herself was clever enough to decipher her top secret codename. “I wasn’t allowed to say that it was Doctor Who at any point,” she said. “Not talking to my agent, not when I arrived at the audition, and I certainly couldn’t tell anyone at all what I was up to next.”

At that point, Coleman didn’t even know what her character’s name would be but it’s finally been revealed and it’s…

Shooting took place yesterday in Margam Country Park in Wales with Coleman and Smith on hand. Doctor Who TV reporter Ryan Farrell was on hand and is the one who heard Coleman being called Clara. He was also able to get these shots. 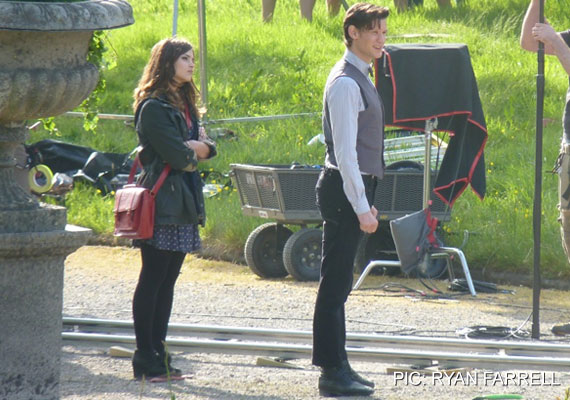 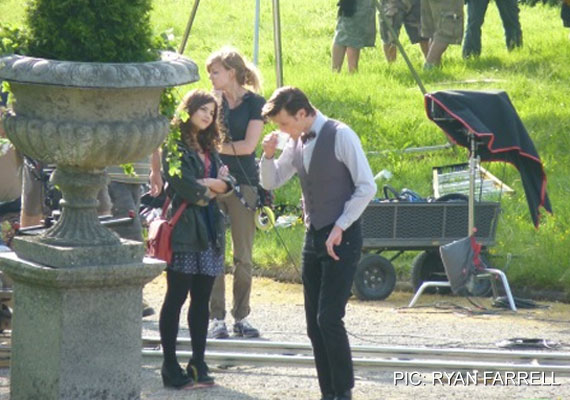 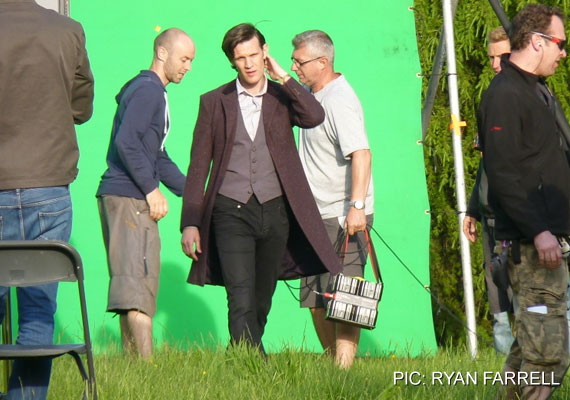 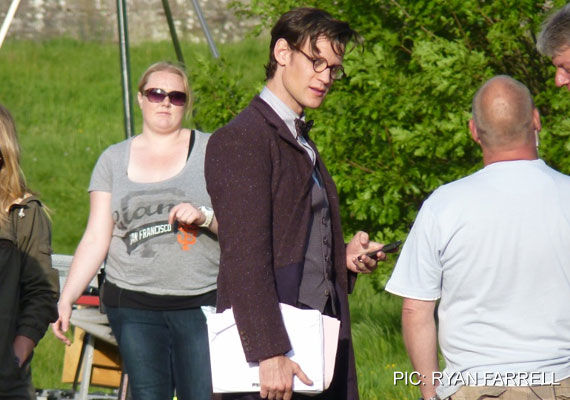 All indications are that this is set in the Victorian era. Though why the Doctor didn’t give his new companion a change of clothes to match him, I’m not sure. The thought is that Clara is another human companion but there’s no confirmation on that yet. Personally, I was really hoping for an alien this time around.

“When a new companion comes in it sort of reboots the show a little bit, it makes you look at the Doctor differently, it makes the show feel different, that’s already happening,” said Moffat on Radio 5. “It’s literally a new beginning, you’re back to chapter one, in a way it’s always a story of someone getting to know the Doctor, and now it’s Jenna’s character. There’s a lot of ways (her character) will be different, but I’m not telling you what they are!”

Coleman will make her first appearance in this year’s Christmas Special but that’s not the episode these photos are from. This episode will air sometime in 2013.