Wil Wheaton Seems to Know Who the 12th Doctor Will Be 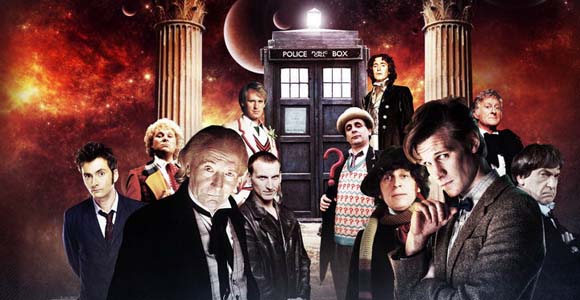 It’s been less than a week since Matt Smith officially announced his departure from Doctor Who and the speculation is already in full force.  But while websites place odds on various actors and actresses, from Zawe Ashton to Russell Tovey, the identity of the actor truly chosen appears to have made it’s way to Wil Wheaton.  On top of that, we may find out who it is ourselves earlier than expected.

It appears that Wil Wheaton may have heard the news from a Doctor Who related source, writing on his tumblr yesterday:

“Am I the only person who knows who has been cast as the next Doctor, and who has known this was coming for several weeks? I figured that if it filtered down to me, it must be common knowledge among people who matter.

…now I feel kind of special. Yay me.”

Wheaton does have Doctor Who friends, (Barrowman!) and this was in direct response to the news circulating that Chiwetel Ejiofor has 7/1 odds of being the favorite for the role of the 12th Doctor. Ejiofor, when asked about the role of the Doctor in 2011, responded that with interest.

“Yes, of course. It’s always good to be asked to come back to London and do great stuff not only in television but in theatre and film too.”

Of course, we still have some time to go before we discover who the new Doctor is, and we have a 50th Anniversary Special and Christmas Special to look forward to with Matt Smith as the 11th Doctor.  Still, it’s hard not to speculate about the next Doctor, and if this information lines up, we could be looking forward to the first black Doctor, an interesting and new prospect given the show’s 50 year history and the recent discussion of representation in Doctor Who, by our own readers as well as by the BBC itself.

Additionally, the Radio Times recently discussed how we could find out who the 12th Doctor is sooner than the Christmas Special, given that, as a source at BBC told the site, it would be very difficult, if not impossible to ensure that no one discovered the identity of the newest Doctor during the filming of the Christmas Special.

Given the excitement, Wheaton could just be reating to the speculation in general, but his response to the news of Chiwetel Ejiofor’s odds specifically is telling.  I personally would be excited to see Ejiofor play the Doctor, and if this news is true, I’m very exited to see all the places, times, and plots that could be explored with the new Doctor.