Dr Phil Questions Whether or Not You Can Have Sex With Drunk Girls, Gets Rest of Twitter Very Mad

It's okay, though, he was asking for a friend. A very creepy friend. 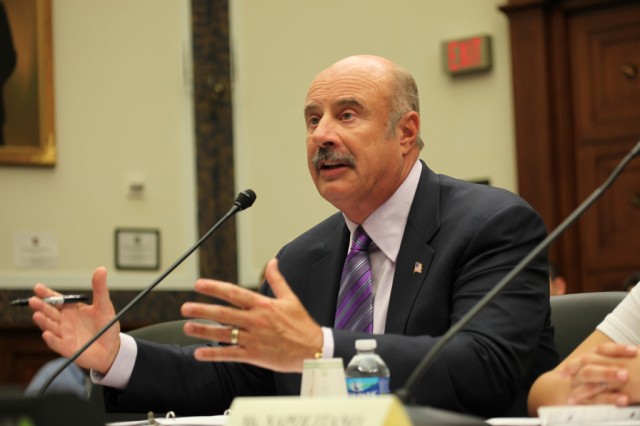 It seems that despite his decade of success as an advice-spewing television personality, Dr Phil only becomes relevant in conversation when he does something colossally stupid. We’re talking about him now, so what’s he done this time? Oh, nothing, just asked all his twitter followers if it’s okay to have sex with a drunk teenager. Same ol’ stuff.

The tweet has since been deleted, but the Internet is forever, so of course we have screencaps of it anyway: 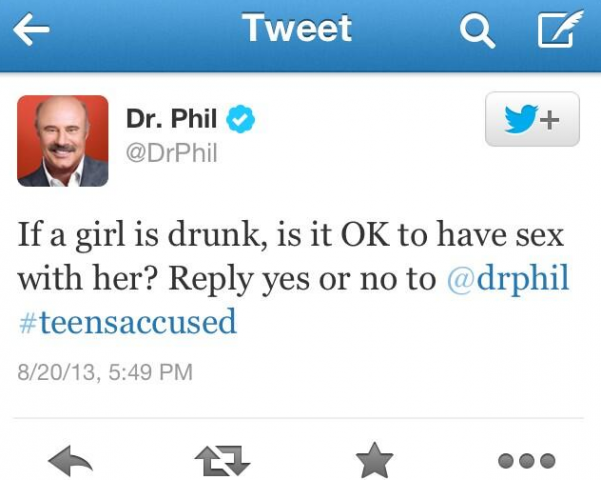 Naturally, Twitter was not pleased with even the vague notion that it might be okay to have sex with a girl who’s presumably too drunk to tell you it’s okay. You know, seeing as that’s pretty rapey and awful and all. The #teensaccused hashtag makes it even worse.

You don’t need to be a rocket scientist to figure out that he’s probably asking this due to an upcoming episode of his television show that deals with the topic, but why even phrase it as a question? Why present these hypothetical accused teens anything resembling a defense if they had sex with a bunch of drunk girls without proper consent?

Luckily, though, the hashtag is still up and it’s full of delightfully snarky criticism:

Is it okay to trick Princess Leia into revealing where the rebel base is and then blowing up Alderaan anyway? #teensaccused

“Should we be acting like the definition of rape is contingent on public opinion? More at 11.” #TeensAccused

RT @DrPhil: If a social media intern is drunk, is it OK to fire them? Reply yes or no to @DrPhil #teensaccused

2/2 “…It was not intended to be taken lightly.” @drphil Original tweet: pic.twitter.com/yM2fTiUkeJ

Again, the intention’s not the issue here — the issue is why you’d even think to make this a hypothetical question with an answer other than “no it’s absolutely not” in the first place.
(via Mediaite, image via House Committee on Education and the Workforce Democrats)