Rose, Captain Jack, and the Doctor Are Too Cute for Words in First Look at Art From Hargreaves Book Doctor Ninth

But he wrote some anyway. 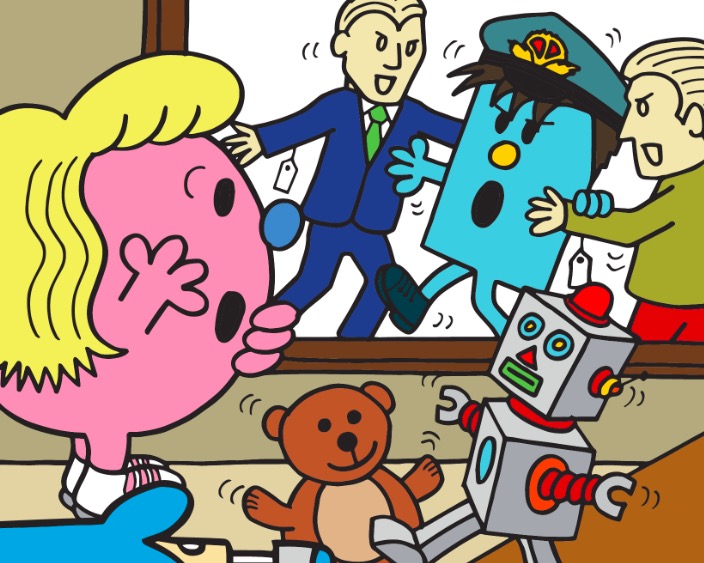 Adam Hargreaves, son of beloved children’s book author and illustrator Roger Hargreaves, has made some great Doctor Who books that continue his father’s style to overwhelmingly adorable effect. Next up, the Ninth Doctor is getting his turn, bringing along his well-known companions, and we’ve got a first peek at their new looks just for you!

The illustrations in all of the the books (each featuring a different one of the Doctor’s various incarnations) follow Roger Hargreaves’ Mr. Men/Little Miss series art style for some of the cutest Doctor Who mashup art you’ll ever see, and Rose and Captain Jack Harkness’ appearance in Doctor Ninth is no different. Take a look at some of the pages below, before the book debuts on August 29 (click to enlarge):

Cabbages? Truly, the Ninth Doctor understands the value of some quality produce.

Doctor Ninth is available for preorder (also in the UK), along with Doctor Second (UK), Doctor Seventh (UK), and Doctor Eighth (UK), which also debut on the same day. Happy reading, proud parents of the next generation of Whovians!

“An all-new Doctor Who adventure featuring the Ninth Doctor, Rose, and Jack—reimagined in the style of Roger Hargreaves.

“With a little help from Rose and Jack, Dr. Ninth sets out to prevent an otherworldly invasion.

“These storybook mash-ups, written and illustrated by Adam Hargreaves, combine the iconic storytelling of Doctor Who with the whimsical humor and design made famous by his father, Roger Hargreaves.

“Dr. Ninth continues this series of witty and tongue-in-cheek storybooks—each featuring one of the twelve Doctors.”