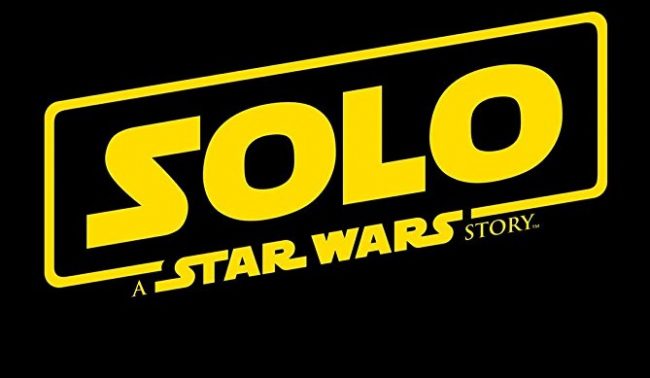 The Star Wars rumor mill started churning once again after the departure of directors Phil Lord and Chris Miller from the upcoming young Han Solo film scheduled to come out in May 2018. Ron Howard replaced Lord and Miller in the directing chair back in June and reshot nearly the entire film doubling the budget.

According to Screen Geek, an anonymous source “close to the film’s production” told the site that the executives are now bracing themselves for a major disaster with the film:

Disney is bracing themselves for the Han Solo movie to bomb. They were worried about it before all The Last Jedi controversy, but now they’re essentially writing “Solo” off. The lead actor, Alden Ehrenreich, can’t act, and they had a dialogue coach on hand for all of his scenes. On top of that, the script is unworkable. It’s going to be a car crash.

Now, it is entirely possible that this is Disney and Lucasfilm dirtying the waters to create a different kind of publicity for the film. Making it sound like a disaster in order to temper expectations and maybe draw in people who are curious about “just how bad is it?” Since the “source” mentions The Last Jedi issue, I know that people and fans have been talking about how divisive the movie is, but I highly doubt that will lead to people not showing up for Episode IX or Solo based on that principle. As someone who still wanted to see Revenge of the Sith in theaters after falling asleep during Attack of the Clones, the fandom is strong.

People will want to see what J.J. Abrams does and want to see a conclusion to this vastly different incarnation of Star Wars.

As for Solo: A Star Wars Story. Eh. I mean, I understand the instincts to go in this direction. Han Solo is one of the most popular characters in the series, after his death in The Force Awakens it is especially desirable to see him return to the screen in some way. I, for one, am glad it isn’t Boba Fett: A Star Wars Story, because you know that is floating around somewhere.

Ehrenreich has been reported to have required an acting coach, but I doubt he could be nearly as bad as some of the performances we’ve seen in the prequels. Apparently part of the reason Lord and Miller were dropped was because their improvisation style wasn’t the “right fit” for the movie and while I’d be interested to see what a LEGO Movie style type of humor would look like in Star Wars, I also don’t know if that is the right fit.

Right now, it is impossible to know if Solo will be any good, there isn’t even a trailer out. However, what I am nervous about is this need to have a Star Wars movie out every year. So far I’ve enjoyed all the movies that have come out under this Disney/Lucasfilm collab—yes even Rogue One—but just like people worry about Superhero-movie fatigue (a little bit too much if you ask me), I wonder about Star Wars fatigue.

If they hadn’t thrown out so many aspects of the expanded universe I’d be a little less skeptical, because there is so much to mine there and I still enjoy so many characters/storylines within it. However, as of right now both Rogue One and Solo are expanding upon things that have already been established in the universe. I think the future of Star Wars films needs to go beyond just the original trilogy.

The earlier stories of the Jedi and the Sith, especially Darth Bane who is responsible for many of the aspects of the Sith we are familiar with today. Not to mention the Jedi-Sith war itself would be an excellent movie idea and maybe would give us better insight into the Jedi as a military force.

So while I doubt Solo will be a bomb, I also feel like if we are going to be getting a new film every year out of the Disney movie-making machine, they should embrace the vastness of the galaxy they are working with and give us something different. Otherwise, that bomb will be going off sooner rather than later.