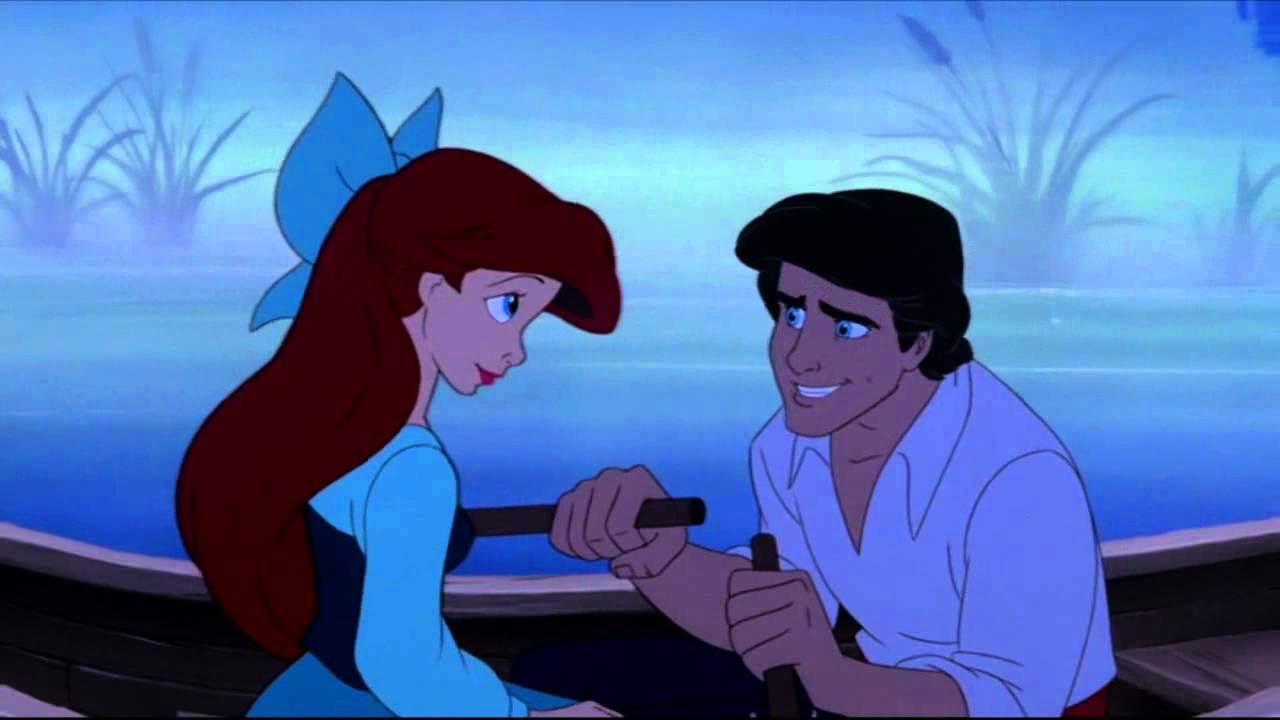 In considering the Disney princess roster, I’ve always felt that the “Disney Renaissance” movies–The Little Mermaid, Beauty and the Beast, Aladdin, Pocahontas, and Mulan–offered better representation for young fans than Snow White, Cinderella, and Sleeping Beauty, if only because Renaissance princesses tend to have more diverse desires than their predecessors.

Renaissance princesses want more than just true love’s kiss, and it’s hard not to see a bad-ass like Mulan as an improvement over a movie like Sleeping Beauty, in which the titular character is literally passed out for a large portion of the film. However, linguists Carmen Fought and Karen Eisenhauer are encouraging parents to take a critical look at what all the Disney princess movies say to kids about the value of women and girls.

Fought and Eisenhauer are working on a project that analyses all the lines from every Disney princess movie (excepting sequels; but we’re all deliberately forgetting those, right?), tracking which characters are given dialogue and what that dialogue is about. Fought, a professor of linguistics at Pitzer College, explained to The Washington Post:

We don’t believe that little girls naturally play a certain way or speak a certain way. They’re not born liking a pink dress. At some point we teach them. So a big question is where girls get their ideas about being girls.

Surprisingly (to me, at least!), data collected by the team revealed that the Disney “classic” princess films give female characters as much if not more lines than male characters; women have 50% of the dialogue in Snow White, 60% in Cinderella, and 71% in Sleeping Beauty. Obviously those findings don’t excuse some of the movies’ less-than-stellar thematic elements, but it’s interesting to note that the number of female characters, and the dialogue given to those characters, goes down drastically in the Renaissance princess movies.

Part of the problem is that these newer films are mostly populated by men. Aside from the heroine, the films offer few examples of women being powerful, respected, useful or comedic.

Fought says this lack of representation is indicative of a subtle male as default bias, one that was exacerbated by the increased number of characters in the Renaissance vs. classic films:

There’s one isolated princess trying to get someone to marry her, but there are no women doing any other things. There are no women leading the townspeople to go against the Beast, no women bonding in the tavern together singing drinking songs, women giving each other directions, or women inventing things. Everybody who’s doing anything else, other than finding a husband in the movie, pretty much, is a male.

Although more recent films like Brave improved on that male-dominated dialogue trend, Frozen, for all its awesome female representation, is another princess movie where a surprising 59% of the dialogue is spoken by male characters.

Obviously this data doesn’t necessarily leave room for nuance and context, and since some of these movies acknowledge the protagonist’s struggle as a woman in a male-dominated society, it’s probably reductive to judge each film based purely on its line ratios. For example, although Frozen‘s dialogue primarily comes from male characters, some of those characters subvert the typical expectations for Disney protagonists to help make a valuable point about masculinity and unrealistic romantic expectations.

That being said, it does say a lot about society’s male as default tendency that there are more Disney Renaissance movies with magic furniture than there are Disney Renaissance movies where women speak more often than men. Talking candelabra and clock (both played by men)? Totally cool. But a talking candelabra or a talking clock played by a woman? Nonsense!

If I ever have kids, I doubt I’ll curate what movies they watch based off these findings, but I do think Eisenhauer and Fought’s data provides a good jumping-off point for the ways parents and caregivers might want to discuss these movies with their children. In the same way adults can enjoy ~problematic media~ from a critical distance, I’d like to think that it’s possible for a child to love Cinderella, for example, while being reminded by their parent that a person’s value isn’t just in their physical appearance.

It is reassuring to see from these statistics that, overall, Disney’s representation seems to be growing more thoughtful. Hopefully research like this can help creators become conscious of biases they might not even have been aware of.

What do you think of the findings, gang?