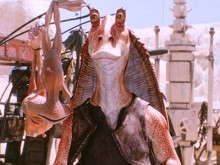 In news we didn’t exactly see coming on the even of Halloween, NBA opening night, and the day after Hurricane Sandy devastated parts of New York and New Jersey, The Walt Disney Company just announced that they’re set to acquire Lucasfilm, and that the next official Star Wars trilogy, starting with episode seven, is projected to kick off in 2015. Yes, you can now make the joke that Leia is a Disney princess.

George Lucas, whether you think he lost his genius years ago, or still has some sense somewhere deep down, issued a statement of confidence:

“For the past 35 years, one of my greatest pleasures has been to see Star Wars passed from one generation to the next. It’s now time for me to pass Star Wars on to a new generation of filmmakers. I’ve always believed that Star Wars could live beyond me, and I thought it was important to set up the transition during my lifetime. I’m confident that with Lucasfilm under the leadership of Kathleen Kennedy, and having a new home within the Disney organization, Star Wars will certainly live on and flourish for many generations to come.”

Don’t forget, Disney bought Marvel not too long ago, and they own ESPN, so it can now add Lucasfilm to its stable of prominent properties under its belt.

The transaction is valued at just over four billion dollars, with Disney paying half of that, and providing forty million shares of stock. The investor conference call to make it all official will take place at 4:30 PM EST.

(via The Walt Disney Company)