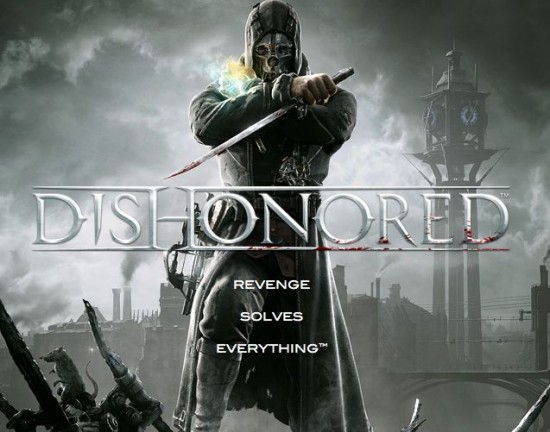 We’ve seen a lot about Arkane Studio’s Dishonored that has us itching to play it this October; but we never could have guessed at the announcement Bethesda Softworks made about the game this morning. Both Oscar-winner Susan Sarandon and two-time Emmy-nominee Carrie Fisher will be lending their vocal talent to their very first characters in a video game. The rest of the voice cast Bethesda announced is nothing to shake a stick at either, with more than a few familiar faces from movies and TV. But is it really best for a game that relies so much on atmosphere and mystery to bring in voice talent we can immediately place? Make the jump for the full list followed by our take on the situation!

Bethesda is really bragging about scoring the talent of Rocky Horror Picture Show and Dead Man Walking’s Oscar-winning actress, Susan Sarandon. Sarandon plays Granny Rags, a blind and half-crazy former aristocrat who now lives on the streets of Dunwall, the city in which the story of Dishonored takes place. Carrie Fisher, famous for her role as Princess Leia in the Star Wars trilogy, portrays the disembodied voice of propaganda blaring throughout the city. Both Sarandon and Fisher will certainly add a lot to the game’s already stellar cast.

You may remember Michael Madsen from his role of Mr. Blonde in 1992’s Reservoir Dogs or from his role in Grand Theft Auto III as Toni Cipriani. Madsen will be playing a mysterious assassin known as Daud; not a bad choice for a man who cut someone’s ear off while dancing to “Stuck in the Middle with You.” We’ll also see the voice of the titular character of the Chucky series, Brad Dourif, portray the inventor Piero, who helps the player with his engineering prowess. Mad Men’s John Slattery gives his voice to Admiral Havelock who also aides the player throughout the game. But no cast would be complete without Cersei Lannister! That’s right, Dishonored features Game of Thrones and 300 actress, Lena Headey, as the caretaker of the Empress’ kidnapped daughter, Young Lady Emily, who happens to be played by Kick-Ass’ Chloë Grace Moretz. There’s no doubt you’ll be hearing pretty voices throughout the game, but what about the music? Not to worry! The game’s original score includes the work of Daniel Licht, famous for his work on the TV show, Dexter.

Dishonored has talent, there’s no doubt there; but in many ways, a famous cast can do more harm than good in a game. Bethesda Softworks has a history of hiring grade-A voice talent for its “big” titles; we saw Patrick Stewart in The Elder Scrolls: Oblivion and Liam Neeson in Fallout 3. The two actors offered great performances, the characters they played were featured only rarely, and the voices really added something to both games’ atmosphere. That is how you handle famous actors in video games. The familiar voices were understated, unobtrusive, and actually contributed to the game’s overall experience. I think Bethesda might be taking this a bit too far. Personally, I’m not sure how much I’d like to hear Princess Leia’s voice spewing political propaganda. That just doesn’t seem like a good fit. In fact, most of these actors just seem out of place in Dishonored. Chucky as a kindly old inventor and Janet Weiss as an old beggar woman? Most of these actors will just pull players back out of the game right as they’re starting to get immersed to say, “Wait. Is that Cersei?”