China has giant statue of dinosaurs kissing | The Mary Sue 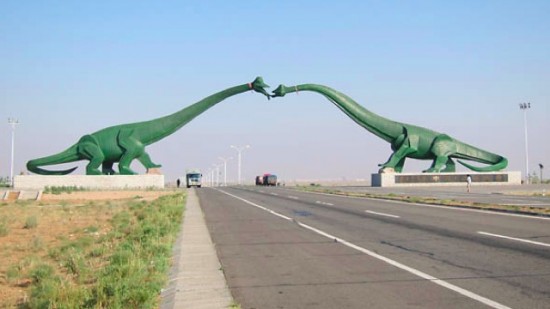 If  you’re looking for an excuse to visit China, here’s a great one: At the city of Erlian, near the border with Mongolia, there is an enormous statue of two dinosaurs. And they are totally making out. The whole complex was designed to draw attention to the nearby Dinosaur Fairyland park, but that pales in comparison to the site of two long-necked dinos tongue wrestling.

Apparently the two sauropod, rumored to be the largest dinosaur statues in the world, are to celebrate the numerous fossil discoveries made nearby. The aforementioned Dinosaur Fairyland park also attempts to capitalize on the area’s fossilized denizens with statues scattered across the landscape, but has failed to draw huge crowds. All that despite the smooching dinos and an enormous Hollywood-esque sign. Probably because its located in the middle of a desert.

It’s a bit hard to see the actual tongue-on-tongue action in that image above. Here, let me help you with that. 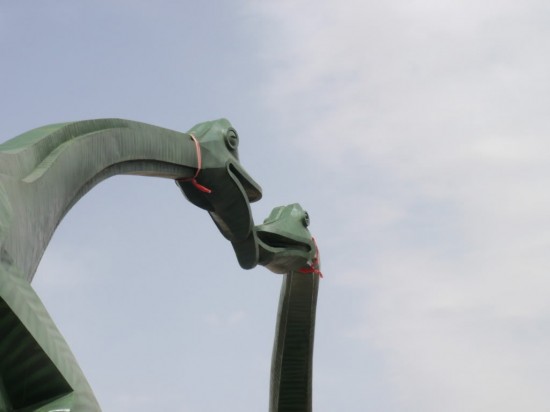 If China is a bit far for you, perhaps Escape from Dinosaur Kingdom at Natural Bridge, VA might be a touch more accessible. They don’t have dinosaurs making out, but they do have dinosaurs fighting the civil war.