Enormous Planets Composed of Diamond May Exist in Our Galaxy 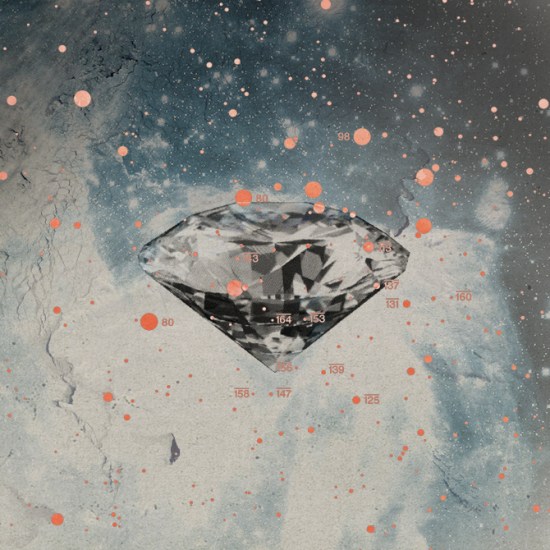 Scientists investigating how elements respond in varying conditions have made a tantalizing discovery with potentially galactic ramifications. According to their work, it may be possible for enormous planets consisting of 50% diamond to form within our galaxy. Suddenly, your trip to Kay Jewelers seems startlingly insignificant.

In the study, lead author Wendy Panero took an amount of carbon, iron, and oxygen and subjected it to enormous pressures at high temperatures. If you’re hoping to recreate the experiment at home, set your oven to Wendy Panero (3,800ºF) and apply 65 gigapascals of pressure (9.5 million pounds / square inch). In Panero’s experiment, the researchers sought to mimic the conditions deep within the Earth. They observed rust forming from the combination of iron and oxygen, but pure carbon was also produced, which in turn became diamond.

Originally, Panero and her team were looking to catalog different reactions that could occur during the formation of other worlds. Their goal was to figure out how a watery ocean-planet might form, as this could give clues to finding life-sustaining planets. However, the formation of diamond in their experiment led the team to a startling conclusion: They believe that planets, perhaps up to 15 times the size of Earth, comprised of more than 50% diamond could exist in our galaxy.

Now, careful readers will recall that we wrote about a recently discovered planet orbiting a pulsar that appeared to be a massive diamond. However, there are some key differences between the potential diamond planets described in this study and the previously discovered hunk of diamond. That body is thought to be the core of a collapsed star that was shaped by the nearby pulsar into the diamond world scientists observed.

This new discovery suggests a process by which a planet, like ours and not a star, could be transformed into desolate diamond of incredible size. They describe a still-forming planet with a liquid core, similar to ours, but with far more carbon in the core and outer mantle. This core could have so much carbon that it would essentially be liquid steel. Conversely, our planet was formed with high amounts of silica and other elements in the outer mantle.

A key difference between our planet and a forming diamond world is that after the planet forms, the core goes cold and becomes solid. Without a liquid core, this planet would lack geothermal energy, plate tectonics, and the basic drive of many geologic forces. A solid, inactive core would also mean that the planet would lack a magnetic field, perhaps leaving it exposed to the radiation of space. Earth’s magnetic field plays a key role in repelling dangerous radiation, and helps to maintain a breathable atmosphere.

With this in mind, a diamond world would be far from a shimmering paradise. Universe Today quotes the study’s lead author as describing a hypothetical diamond planet thusly:

“We think a diamond planet must be a very cold, dark place,” Panero said.

(via The Universe Today, image by Cory Schmitz)