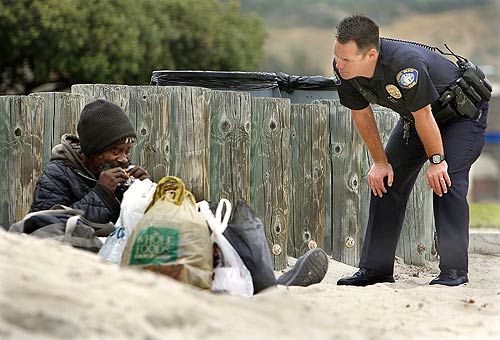 In a bold move decried by many charities and individuals with an understanding of how being homeless works, Hungary has passed legistlation that makes it illegal to be homeless. From here on out, vargrants found sleeping on the street will be given a warning. If they do not immediately become unhomeless, they will be subject to a $600 fine, or even jail time.

It’s only natural to assume that Hungary passed the law in order to fundraise by charging fines to the 10,000 homeless in Budapest. After all, these homeless individuals are saving skads of money by not having to pay for rent and should therefore be more than capable of paying the completely reasonable $600 fine. Fortunately, on the off chance that a given individual cannot pay the fine, jail time should alievate the problem entirely by giving the homeless homes…in the prison system.

Naysayers who work with charities involved in helping the homeless are failing to see the genius of the plan however, and are speaking out quite loudly against it. Many claim the law has no basis in reality and is entirely unenforceable, seemingly unaware of that fact that declaring something illegal makes it stop happening on the spot. A series of protests against the law are being planned. It’s unclear whether the protesters will subsequently be considered homeless.

Completely unsubstantiated rumors that I totally just made up on the spot suggest that Hungary is also pushing to make “being hungry” illegal, after which they will promptly illegalize “being Hungary” and cease to exist.