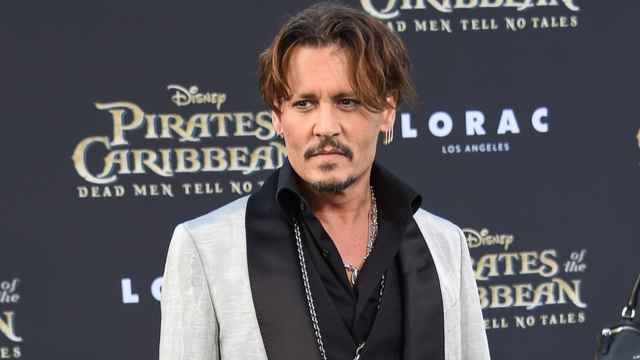 While onstage at the Glastonbury Festival, Johnny Depp channelled his inner John Wilkes Booth and mused to the crowd, “When was the last time an actor assassinated a president?” The Scottish crowd, by the way, went freaking wild. Still, because freedom of speech (even from awful people saying awful things) is nice in theory but doesn’t seem to be super en vogue with the current administration, Depp issued an apology. He told People Magazine, “I apologize for the bad joke I attempted last night in poor taste about President Trump. It did not come out as intended, and I intended no malice. I was only trying to amuse, not to harm anyone.”

What I do care about though, is how many people–and which people–took major, public, vocal issue with the joke.

There’s been a dramatic uptick lately in the condemnation of Trump criticism. Whether or not you agree with that criticism, or think the form it takes is in fine taste or poor, speaking out against Trump has become a target of protest (look at Julius Caesar) and even a fireable offense (i.e. Kathy Griffin), and that’s a dangerous direction to be heading. The hypocrisy is staggering, as Trump supporters spent eight years overlooking or cheering on Ted Nugent’s calls to lynch Barack Obama or the multiple Obama-themed productions of Caesar that ran in multiple prominent American theaters. Now, though, making allusions to violence against the president is an unspeakable, some might even say deplorable, act. What a fascinating change of heart.

And let’s not overlook what else so much of America never had a problem with until now: namely, everything else Johnny Depp has done over the last few years. When Depp was accused of abusing his ex-wife Amber Heard, the silence from most of the country was deafening. (Except, of course, us damn feminists and SJWs trying to tear a good man down.)

Where was the Fox News condemnation of Depp when he was accused of abusing his wife?

No one would expect Donald Trump himself to ever speak out against a man over issues of abuse or harassment. In addition to the accusations leveled against him by many women, I’m guessing he’s never met an accused man he didn’t want to defend. Now, though, Depp is on Trump’s official “sad” list.

Donald Trump, Jr. even went so far as to pretend he cares about the abuse, tweeting out pictures of Amber Heard’s bruises.

How disgusting do you have to be to exploit a woman’s suffering after ignoring it right up until it becomes a useful game piece in your war against people who insult your dad? As disgusting as Donald Trump, Jr, I guess. He’s actually laughing.

I know that these are total false equivalencies, wondering why people can ignore Depp’s alleged abuse but condemn his tasteless joke about violence. They are not the same thing. But if anything should have brought Depp down–if anything should have kept him out of Fantastic Beasts or put him on America’s shit list–it should have been those pictures above, the accusations of abuse, the way he very obviously and publicly tried to manipulate Heard during their divorce proceedings. And none of it mattered. Most people turned a blind eye, or worse, blamed Heard.

Court documents from their lawsuit have revealed that even Depp’s managers knew about the abuse, at least through the divorce process if not before, and did nothing. Because Depp is a powerful man, and he was making them money. And because we’re still struggling to get people to take the assault of a woman as seriously as they take a joke against a man.