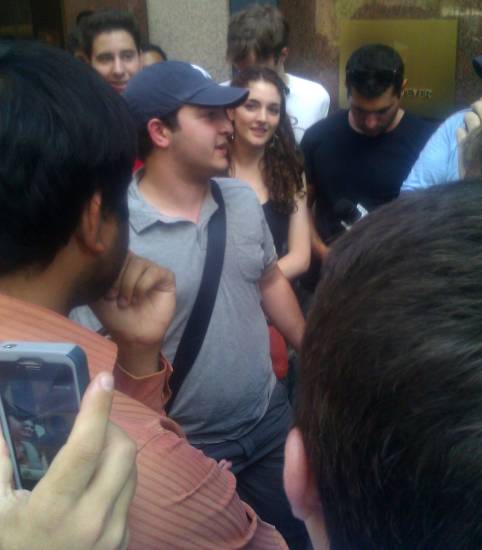 Great, just great. Reddit user delverofsecrets has deleted his Reddit account, claiming to have received very specific threats on the phone after his post triggered a Reddit-wide firestorm of speculation and code-cracking. What started out as harmless cipher-solving is, apparently, developing a rather nasty twist.

Delverofsecrets updated the post one last time before oblivion:

EDIT AS OF 10:38am 7/13 Received a phone call today threatening violence against me and my family, going so far as to name members of my family and their addresses, unless I delete this post. The caller also told me not to show up on the 19th and to inform anyone planning to show up on the 19th that nothing would happen. This will be my last message from this account before I delete it. I’ll also be changing my number later today. I am sorry if a resolution to this never happens, but I’m not willing to risk my family’s safety for a few extra dollars.

You can’t do that! I want to know how it really ends!

Our previous post on the matter showed the Internet united, solving a slightly dodgy but seemingly harmless mystery. I liked Reddit that day; it was full of curious and brilliant people. Delverofsecrets probably thought so too. After all, he was all “Hi, I’m OP.” yesterday at the supposed meeting with some Blue Jay. Which didn’t turn out to be much of a meeting.

And now the Internet has stirred and decided to put a stop to all this happy intrigue.

Reddit user sloppyvagina has an excellent summary of the whole business (wild speculations and much hobo-harassment included) and Mashable’s coverage of the issue is as detailed as you can get without wading through all 9870+ comments. So all is not lost. Except dear delverofsecrets.

Then again, I really must ask, what could anyone get out of making the OP delete the post? Everyone’s seen it and saved it already, so what’s the point?

In any case, the viral marketing theory seems to be out now, since threatening the OP is rather bad for sales (unless you’re a spy exhibit). What we have left is a super-secret job solicitation which delverofsecrets obviously failed, or just the possbility that he made everything up for karma.

All things said and done, we will probably never know. Goddammit.