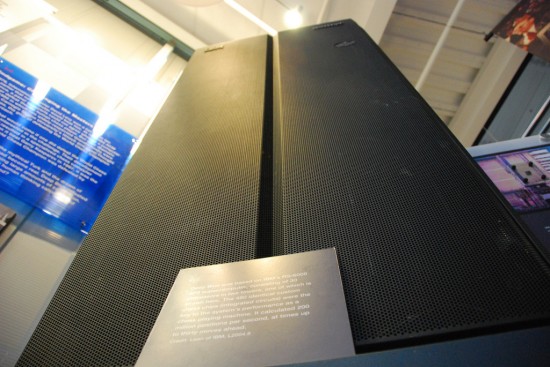 On this day, 16 years ago, a major blow was delivered to the ego of humanity when IBM’s chess playing computer Deep Blue beat Garry Kasparov in the first of the legendary series of games. This was the first time that a computer had defeated a reigning chess world champion in a standard tournament game. Though Kasparov would come out ahead of Deep Blue in the overall match — two draws and three wins — it was short lived. When the two next met over a chessboard in 1997, Deep Blue won the match. Deep Blue was a demonstration to the world what modern computing was capable of, and paved the way for other headline grabbing computers like Watson. I, for one, welcome our chess-playing computer overlords.

(via @paleofuture, image via Long Zheng)