These Death Star Lolipops Are Fully Operational (And Marshmallow Flavored) 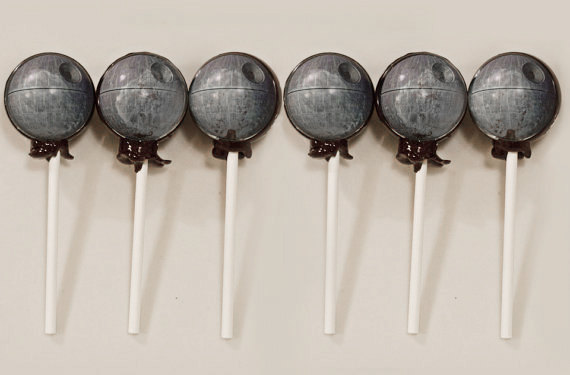 DesignerLollipop made these confectionary treats “allowing for no seems. Each side is poured independently and is completely smooth all the way around. The front of the lollipop is a proprietary blend of Isomalt, Sugar and Corn Syrup. This blend produces supurb clarity. The backside is poured with a mixture of corn syrup and sugar, color black.” But all I heard was “Magic. They were made by magic.”