Where Do Babies Come From? Death Metal Bands Respond 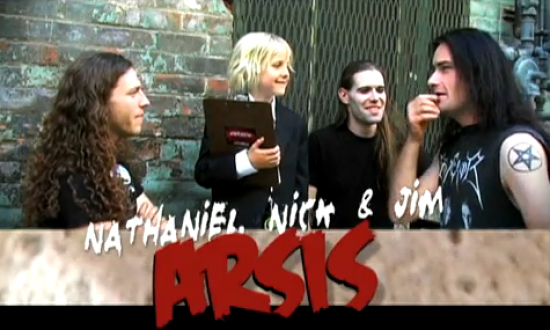 Johnny Orlando, Jr. is a delightfully gonzo heavy metal journalist who hosts a web show on the subject called The Antibiotic Resistant Metal Show. His son, Johnny Orlando, Jr., Jr., wanted to know where babies come from, and so the elder Orlando had him ask death metal bands Carnifex, Arsis, Misery Index, Fear Factory, and Revocation.

There are some surprising answers in the lot (and we don’t want to give them all away!), but the most characteristically metal has got to be: “they used to come from storks, but we ended up killing all the storks … so now, it’s up to mommies and daddies again.”