Deadpool Might Get a Boyfriend... Eventually | The Mary Sue 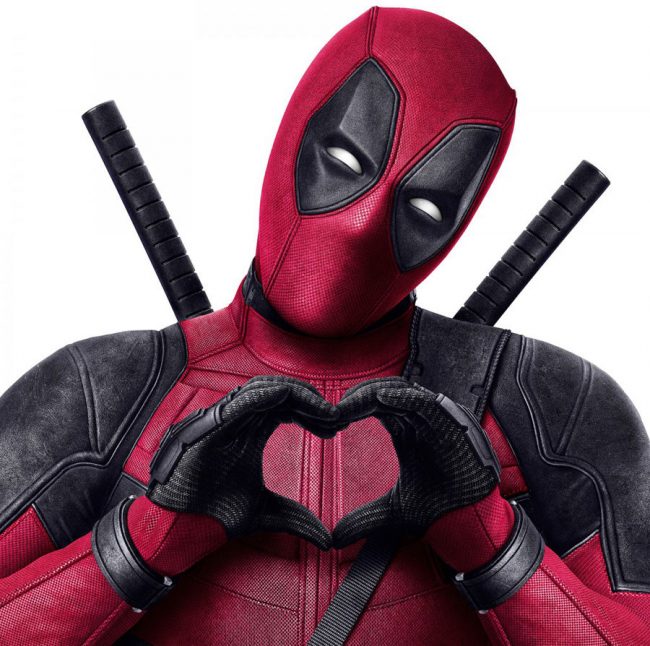 Remember back in February of last year, when Ryan Reynolds said in passing that he thought it would be “nice” if Deadpool ended up having a boyfriend in a future movie? And remember how I’ve clung to that one interview for dear life, in the year since? I’ve even gone so far as to suggest a pairing between Wolverine and Deadpool, which will almost certainly not happen, since Reynolds can’t even manage to convince Hugh Jackman to put the claws back on again after Logan.

Well, Reynolds discussed his hopes to lure Hugh Jackman back to the Deadpool franchise, and also his potential plans to give Deadpool a boyfriend, over at Variety. Unfortunately, those two topics aren’t related, at least not that I can tell. So, let’s talk about the boyfriend thing first.

First of all, we know Deadpool is canonically pansexual, both in the comics and the movies. But, sadly, he’s never been depicted as dating a guy. He’s had a whole lot of girlfriends (including some alien ones), but no male-identified character has ever ended up dating Deadpool. What’s more, Deadpool’s relationships usually don’t work out in the comic books. His whole deal is “lovable schlemiel,” which means he’s as unlucky in love as he is with all his other pastimes and long-term plans. He’s dated a lot of ladies, but they always end up either dying or dumping him. Since he’s a tragicomic figure, he can’t stay in a happy situation for long, because it just doesn’t make sense.

I assumed the same thing would happen to Vanessa, who is Deadpool’s main love interest in the 2016 Deadpool movie. The character in the movie is clearly based on Copycat (also named Vanessa), except that in the movie, she never reveals herself as having the same mutant powers that Copycat has. Instead, she’s just a woman named Vanessa who’s in love with Deadpool. The resemblance stops there–and, spoilers for Deadpool, but it doesn’t end with her dying (like she does in the comic books). It ends with the couple together and happy.

That’s actually a pretty unusual ending for a Deadpool story arc, and it was one of the many problems that I had with the movie at the time. Deadpool’s relationships just aren’t supposed to work out; it’s part of the whole doomed comedy routine of his life. By giving Deadpool a by-the-numbers Disney-esque happy ending, the Deadpool movie lost its chance to do something weird, and it also didn’t line up with the comic books.

I mean, don’t get me wrong–I was glad that Vanessa didn’t die horribly. I wasn’t looking forward to seeing a Deadpool love interest bite the dust. But seeing Deadpool in a happy relationship is just not right. It’s not how the story’s supposed to go, okay?

Like, sure, that’s nice and all. But we all know it’s not going to work out with Vanessa.

Reynolds did also say, “What love is to Deadpool may not be what love is to Batman or someone else. I think that could be played up more. He’s an outsider in every way, shape, and form.” And the movie’s screenwriter, Rhett Reese, emphasized that the character’s pansexuality is something that they consider to be a compelling and important part of the character: “Most comic book heroes have been heterosexual or homosexual. We find that interesting and groundbreaking. I hope it can evolve into something a little more.”

That said, the comic books have never even done what I’m saying I wish the future Deadpool movies would do. And, as I already explained in my recent piece about how often queer romances get relegated to the comic book page rather than in big-budget movies or TV shows, it doesn’t seem very likely that a future Deadpool movie would pair up our hapless hero with a dude. That said, I do think it would be interesting if we got introduced to an ex-boyfriend of Wade Wilson–maybe some guy he dated before he met Vanessa. I’d love to see something like that, and ideally, have it be totally normalized rather than an off-screen joke.

In my ideal scenario, Deadpool and Vanessa would break up in the next movie–maybe because she reveals her Copycat powers, and they get into a fight over how many secrets they’ve both been keeping from one another. That would be a good reason for the two of them to go on a break from their relationship, thereby freeing up our hero to date around again. Then, Deadpool could actually end up with a guy. However, I strongly doubt something like that would happen, since once again, there’s been no precedent for that even in the comic books. Although Deadpool has expressed that he has a crush on Cable (and a passing crush on Thor), nothing ever happens between them, beyond some will-they-won’t-they jokes about it.

In any case, Ryan Reynolds probably has an outline for how all of that might play out, since according to what he told Variety, he’s already planned out a full suite of Deadpool movies: “I would love to play Deadpool for as long as they would let me play Deadpool. We have outlines and stories for a number of different films.”

Reynolds went on to emphasize that he dreams of doing a Deadpool and Wolverine buddy movie, but here’s what Hugh Jackman had to say to that: “I’m hesitating, because I could totally see how that’s the perfect fit. But the timing may be wrong.” Clearly, Jackman is tempted, and Reynolds plans to tempt his friend as much as possible, saying: “I have no idea if I can change his mind. It’s the audience: I would exclusively exploit that relationship to get Hugh back for another one.”

I’ll put aside my jokes about Wolverine and Deadpool potentially dating, since I know that will never happen–I mean, at least Deadpool is canonically pansexual in the comics, whereas Wolverine is supposedly straight (although the fandom has considered that debatable for years). Perhaps the most I can hope for would be a Deadpool/Cable movie that simply has a lot of queer-baiting in it, like the comics do, and I’ll just have to hope that it’s respectful, even if it doesn’t actually posit a real relationship unfolding between them.

Still, it would be pretty interesting if the Deadpool movies ended up being more progressive than the comic books when it comes to the portrayal of the character. Since Ryan Reynolds is game and he’s in charge of the whole situation, it just might happen. Who knows? That would certainly shake up the Marvel movie game, and Deadpool has already done that in so many other ways that it almost seems possible.

(via Variety, image via PostersDB.com)