Things We Saw Today: Ryan Reynolds Wants Deadpool to Have a Boyfriend 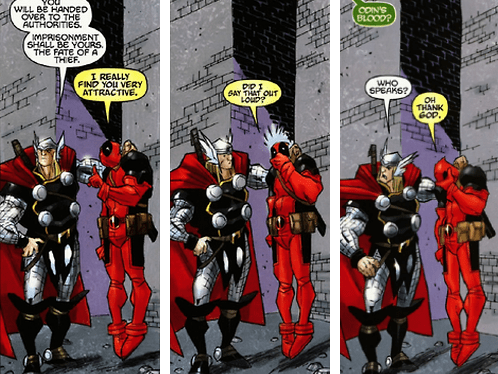 Ryan Reynolds, who’s already begun to push for an X-Force follow-up to the not-even-out-yet Deadpool movie, thinks it would be “nice” to see Deadpool in a same-sex romantic relationship: “I certainly wouldn’t be the guy standing in the way of that. That would be great.” This would be a first — although Deadpool is canonically pansexual, usually the depiction of his sexuality hasn’t gone beyond throwaway jokes. (via Variety)

What’d you see out there on the internet today?