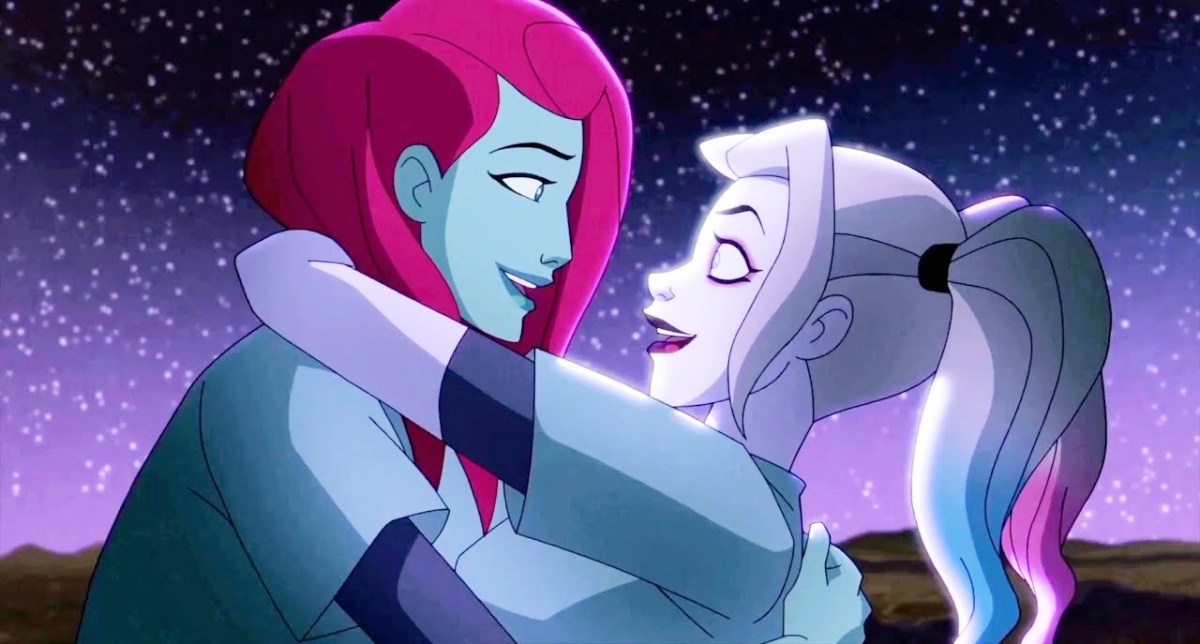 It’s no secret that I really, really did not like the first season of DC Universe’s Harley Quinn. There were a lot of expectations that I went into the show with, and it failed to deliver. However, seeing so many people love it, I decided to go back again, free of expectations. While I still do not care for the first season, the second season ended up exploring a lot of the things I wanted, including delivering on the Harley and Ivy relationship.

In the most recent episode of Harley Quinn, after escaping from Bane in a fiery blaze, overwhelmed by their emotions, and of course, the simmering lust, Harley and Ivy act on the romantic feelings they have for each other with a big damn kiss—followed by a look of “Wtf just happened?” That’s because of Ivy currently being in a relationship with Kite Man, but … you know, sorry Charlie Brown.

The moment was really great, and I was genuinely shocked to see it happen. Between this, She-Ra, and Lena and Kara burying the hatchet on Supergirl, it was a good weekend for shippers.

I understood the rationale behind the writer’s choice not to include Harlivy right away; I just didn’t agree with it—especially when, at the same time we were just getting Harley’s bisexuality acknowledged in other media, it was slowly erased and played down in DC Comics. It wasn’t even just getting Harley and Ivy as a couple—it was wanting their queerness to be acknowledged in general, not just by whom their current romantic partner is.

Plus, I just didn’t really think they would go here. That may seem cynical, but if I have doubts even about shows with actual LGBTQ creators behind them getting to actually go all in, this show wasn’t getting a pass—especially when it didn’t have any explicitly gay characters. So many places profit off of queer audiences but fail to deliver, and I had my guard up.

While I still don’t love the Harley Quinn series the way other people do, I’m genuinely glad to have been wrong about this aspect of the show in the long run. Sometimes, when you are being asked to review a series or movie, you go with your initial gut reaction, and sometimes that reaction isn’t fully fleshed out. I enjoyed disliking Harley Quinn more than I wanted to see if for what it is, and the reality is that I didn’t want a Rick and Morty humor style Harley Quinn show. Does that make the show bad? No, it just wasn’t for me at the time I watched it.

Some of the jokes still feel like misses, and I’m just genuinely not a fan of some of the character choices, but by adding more female supporting characters into its second season and putting the Harley/Ivy relationship front and center, I’m getting things that would have balanced out my initial dislike.

Seeing Harley and Ivy kiss was great. I’m excited to see where their relationship goes and the drama that will come with. Ultimately, I’m just glad that, in this show, we can say that the two of them are canonically queer women, and we saw that onscreen. I’ll gladly eat that crow.