Review: Harley Quinn Is a Childish Depiction of Its Main Character That Hopes Enough Gore Will Keep You Interested 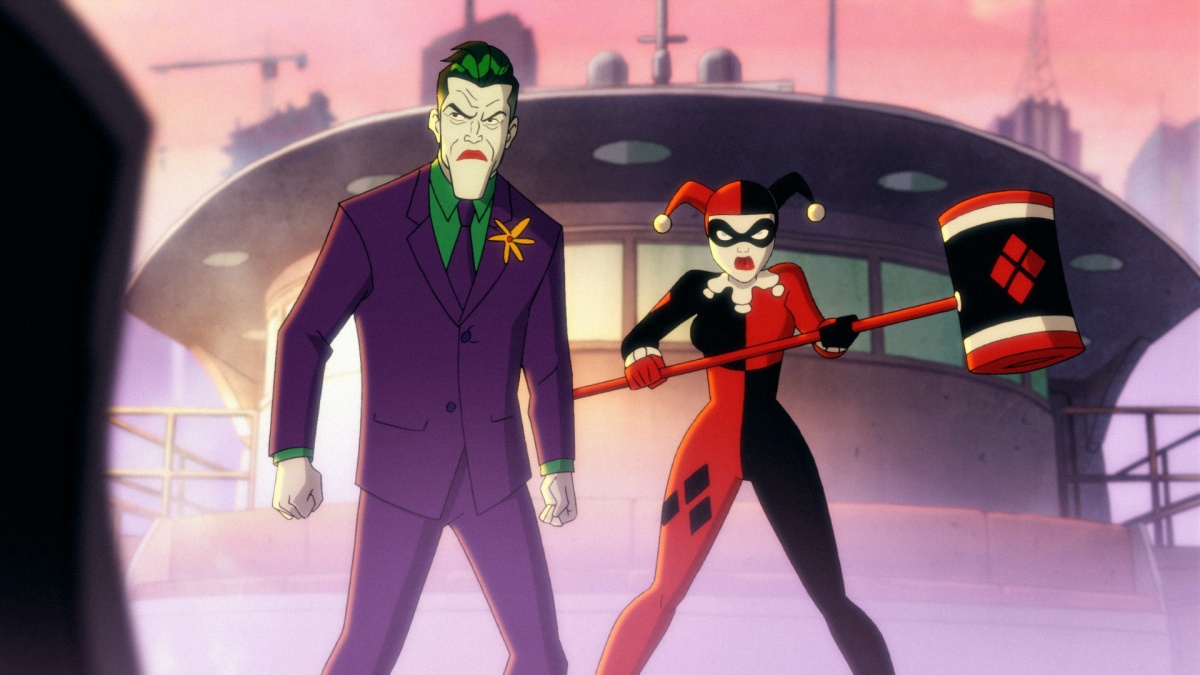 There was always something about the upcoming DC Universe’s Harley Quinn that rubbed me the wrong way. Still, when I got the screeners I wanted to give the series a fair shot; I can enjoy some violence, plus the premise and voice cast (mostly) seemed super promising. But what we get are 13 episodes that think violence and saying curse words can make something inherently fun and interesting. With Harley Quinn, we get a show that never seems to understand their characters and dips down into tasteless, lazy gags rather than telling an interesting story.

The premise is that Harley Quinn, after being abandoned by the Joker in Arkham, is broken out by her best friend, Poison Ivy, and realizes that Joker doesn’t love her. She decides to start her own villain rise to become a member of the Legion of Doom.

We do have female writers on Harley Quinn, including Jordan Weiss, who is the 26-year-old creator of the show Dollface on Hulu, which leaves me questioning some of the painfully sexist and just dull writing between the few female characters we see on the show. There are only two other women along for the ride of Harley’s attempt to break the ceiling of female big-bads, Poison Ivy (Lake Bell) and Queen of Fables (Wanda Sykes), a recurring role.

Who rounds out Harley’s team? Well, that’d be Clayface (Alan Tudyk) who wants to be an actor, King Shark (Ron Funches) the tech guy, and Doctor Psycho (Tony Hale) the former Legion of Doom member who gets kicked out for calling Wonder Woman the c-word on live television. Now, I know this is supposed to be seen as funny and #commentary, but all I could think was that was the most American thing I’ve ever heard in my life. Plus, why would Harley, who is trying to villain #girlboss her way up want to team up with someone like this? In the comics, Doctor Psycho is a murderous psychopath with an intense hatred of women.

It’s choices like these that make me ask the question: who is this show for?

In the episode “So You Need A Crew,” we are introduced to Queen of Fables and how she was once the female supervillain to beat, but when she captured she was put into a U.S. Tax Codebook. Her story is meant to warn Harley that for female supervillains they will get punished harder than men.

Now, here’s the thing: yes, female supervillains often do not get their due in terms of mainstream attention, but they do exist. But does Harley Quinn actually try to bring any of those women in? Nope. We get one glimpse at Cheetah during the meeting where Doctor Psycho is kicked out, but other than that her presence is absent. Giganta shows up as a joke and even Queen of Fables gets called “too evil” by the leads for being willing to kill children. Meanwhile, Black Manta is just there, not at all being called “too evil” for killing Aquaman’s son.

Personally, the biggest sin of this series is that Poison Ivy and Harley are not together. Like at all. To add insult to injury, Poison Ivy does have a love interest: Kite Man. In the year 2019, the main love interest of Poison Ivy, femme fatale, top tier supervillain, and noted queer icon is not her canonical partner in love and crime, Harley Quinn, but a mediocre white man.

That’s bullshit. Sorry. You can’t make Harley and Ivy “just best friends,” that’s garbage and whoever decided to make that choice, I’d love to hear why. And none of that “let’s save it for the second season” stuff, either. If we have to watch a series that hinges on the fact that it’s about Harley outgrowing the Joker, something she’s done in comics half a decade ago, then we can acknowledge her queerness in this series.

Failure to do that, when Ivy is a main character, counts as erasure as far as I’m concerned.

What is also played down is the physically abusive relationship between Harley and the Joker. What makes Harley really turn away from Joker is realizing that he never loved her, he only ever loved Batman. It is a stark reminder that Harley Quinn, despite being a major player in DC for years, is still often not used well, despite being oversaturated as a character. All of the complex and interesting things about her never come to surface, she’s just a “crazy bitch” that we happen to root for.

Poison Ivy is just kind of a passive character. She’s not a bad person, she just cares about the environment, which is fine when we as fans say it, but instead of allowing Poison Ivy to be the fun femme fatale that she is, she’s just kind of bland. Everyone is just very one-note and while most of the voice actors are good, nothing they are given is worth their time.

Giving Bane the Tom Hardy muffled voice from The Dark Knight Rises is a bit that at first seems funny, but then you realize oh this is all there is to this character. Also, Kaley Cuoco as Harley Quinn does not work. She doesn’t get the voice down right and it’s so inconsistent that when Cuoco does manage to get part of it right, it just feels jarring to the ear.

That’s Harley Quinn—a series of bits that hope you will be so drawn in by the violence and vulgarity that you’ll be tricked into believing there is anything interesting there. Sadly, there isn’t, and part of the reason is that this series feels dated. It doesn’t seem to understand its characters well and the jokes are carried by the delivery of the actors, not good writing. I watched the entire series to see if maybe I was missing out on something or to see if there was an overarching plot that, while not working for me, would make this entire show worth checking out.

Other than a handful of jokes, this show just made me excited for the Birds of Prey movie. Because that will be better than this based solely on the fact that Birds seems to care about its female characters. I get it—Harley Quinn is nuanced, she’s a bad guy, she’s an antiheroine, she’s a victim of domestic violence, she’s a sexual being, she’s a doctor, she’s a criminal, all of that is what makes people interesting from a writing perspective. But that means understanding all the layers and growth she’s had since 1992, and not just leaning into the most hypersexual version possible.