The Source Temporarily Shuts Down Blogger Comments After Flamewar 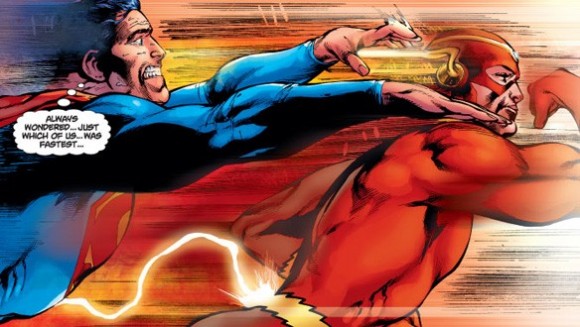 After a flamewar that took place on DC Universe‘s official blog The Source, administrators have temporarily shut down comments until order is restored. According to Comics Alliance, the comments “spiraled into personal attacks against readers, creators, and members of the DC comics staff.” And what hard-pressing issue could this display of hate and vitriol have been over? Who is faster: Superman or The Flash. Ha ha, nerds!

This began when The Source offered up a preview of Superman #709, which not only introduced Lex Luthor’s theft of 40 cakes into canon, but also featured an imagined race between Superman and The Flash. So, under the safe cover of Internet anonymity, a bunch of people decided to get really nasty in the comments section because, as we all know, the swiftness of two comic book superheroes is a matter of serious, serious importance that merits a visceral, pointed attack on fellow anonymous commenters. Good job, guys!

Here is what appeared on the board:

Since the offending threads have been taken off the site, it’s hard to make the call if the suspension of comments was an overreaction (probably), but it looks like comments are now working again. We have no way to see what was being said and if it truly got out of control. So maybe that disgruntled nerd rage will be funneled into fan fiction in another location.