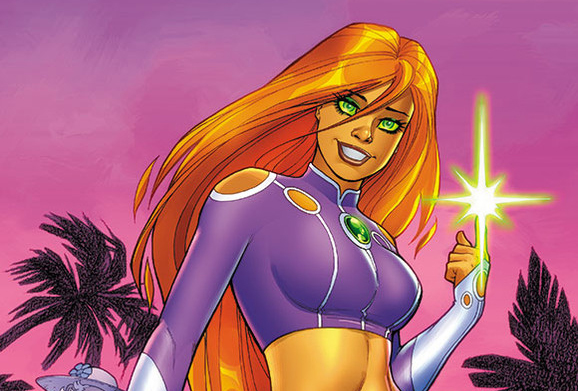 DC Comics made some pretty big announcements today – new titles, new creative teams – in what they’re calling “even more inclusive and accessible to a wider group of readers as the publisher continues to evolve comic storytelling for its next generation of fans.”

Have you been keeping up with DC’s Convergence business? Well, never mind all that, they’ve done something you’re going to want to know about. DC Comics is saying they’re going “back-to-basics” on June 3 with “24 brand-new series that will begin at issue number one, as well as 25 on-going, bestselling fan favorite series that will continue without a break in the issue numbering. The total number of periodicals in the DCU will be 49, with additional new titles debuting throughout the year.”

“This heralds in a new era for the DC Universe which will allow us to publish something for everyone, be more expansive and modern in our approach and tell stories that better reflect the society around us,” DC Entertainment Co-Publisher Dan DiDio said in a statement. “Whether you’ve been a DC fan your whole life, or whether you are new to comics – there will be a book for you beginning in June.”

It’s important to note, DC isn’t throwing away continuity, they aren’t getting rid of the books they know sell, but they are making room for new things and that’s huge. There’s been plenty of doubts over the new direction of Batgirl, and while it may not be the book for the tried-and-true DC collectors, it is the book for a whole other segment of society previously ignored by the publisher. A segment that is without a doubt very much needed. New readers are a good thing for the industry as a whole and publishers like DC and Marvel weren’t doing much to make their comics alluring or accessible to them. This is that move and it’s a bold one.

“More than ever before, DC Comics fans are being exposed to our rich portfolio of characters through multiple sources, including an unprecedented number of highly successful TV shows, video games and upcoming major motion pictures,” said Co-Publisher Jim Lee. “We are looking to extend that experience within publishing to ensure there is a comic book for everyone. For example, fans of the Arrow television show may want more stories about Black Canary. Now they can find modern, fresh takes on the character in the pages of her standalone series both in stores and digitally.”

Speaking of which, let’s take a closer look at what was announced. The gallery below features brand-new art along with creative teams, and underneath that you’ll find titles/teams that were announced without art.

It’s not a New 52 level shakeup, but wow. Take a good look at the gallery and list of writers and artists and let us know what you think of the big changes and what you think is missing!