hush the picture is relevant shhhhh 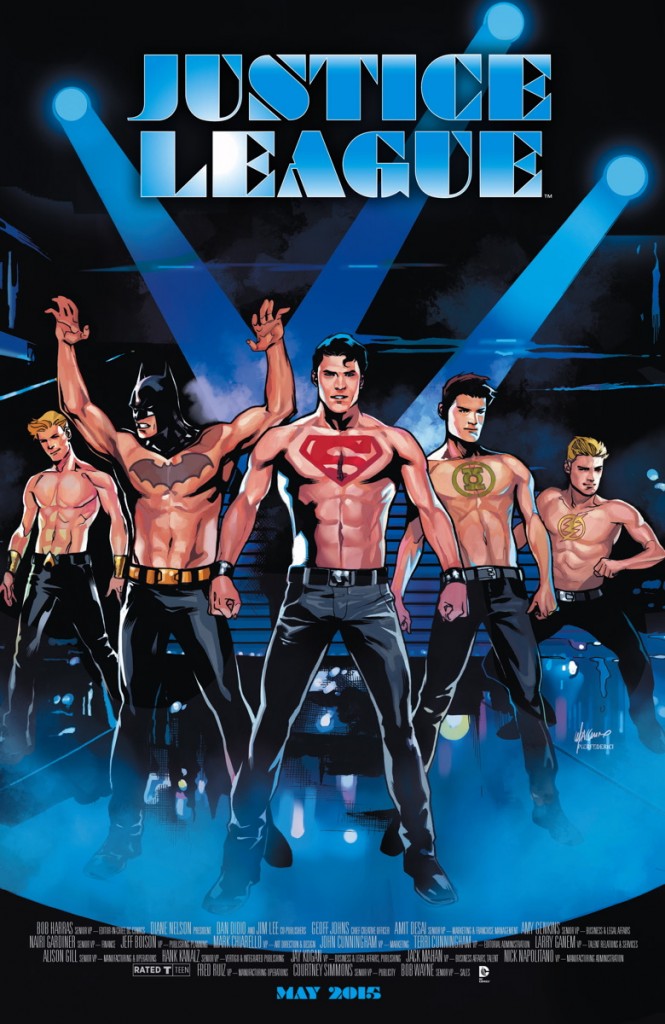 It’s December and we’ve just started hearing about what comics are going to be coming out in May, because that’s how comics work. And DC’s slate of comics for that month reveals one of their biggest waves of cancellations since the start of the New 52… just as they launch into a multiverse-spanning event story line. Hmmmmmmmm.

First, let’s rip the bandaid off. Here are the thirteen series whose May issues are labeled “final issue,” courtesy Comic Book Resources:

The New 52: Futures’ End, Earth 2: World’s End, Batman Eternal are also on the chopping block, but are also all weekly series that have reached their expected end. Batwoman and Worlds’ Finest are two of the small number of lady-led titles that launched with the New 52. Some of these, like Swamp Thing, launched at the start of the New 52; while lots of the others like Klarion, Trinity of Sin, and Arkham Manor have less than a dozen issues under their belts, some as few as six. And, oddly enough, a full three titles are being culled from the Green Lantern setting.

The question is, are these cancellations entirely motivated by business decisions, or is there a more editorial impulse at work here, given DC’s Convergence event? Convergence has promised to feature (if not outright bring back) a great number of classic DC characters not seen since the New 52, including among them oft-Batwoman-associated Rene Montoya as The Question, and alternate Huntress secret identity Helena Bertinelli, both characters that could be tied to the cancelled Batwoman and Worlds’ Finest titles, for example. Comic Book Resources seems to think a soft reboot of DC’s titles, with a bunch of new series launched in June, is likely.

DC is of course expected to treat the return of the monthly titles in June as something of a smaller-scale relaunch of the entire in-continuity line, and readers should likely expect several new ongoing series to launch that and in subsequent months. It remains to be seen whatever others changes may or may not be made to the New 52 line in June, including new branding or even significant changes to the New 52 continuity.

Well, we’ll have another month to wait for June’s solicits when we’ll know for certain. Ahh, Batwoman. You deserved a lot better than to be shelved for months waiting for the New 52, to lose your writer and then eventually your whole original creative team due to editorial differences, and then have an icky rape subplot. Maybe somebody else will pick up the torch?