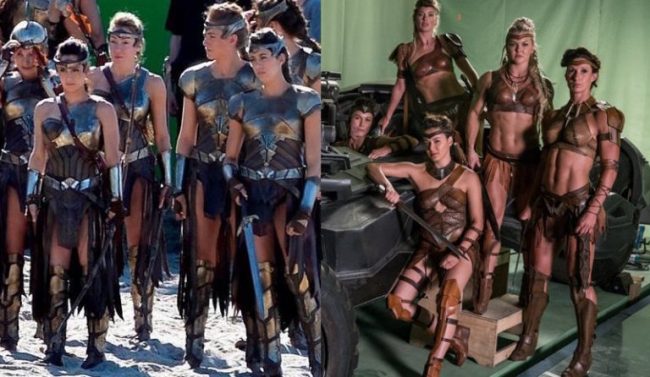 After it was noted that the Amazons in Justice League were sporting far skimpier outfits than they’d worn on Themyscira in Wonder Woman, a lot of us let out a long, collective, frustrated sigh. But one of the Amazonian actresses, Brooke Ence, says that she was just fine with the leather bikini look.

Ence played an Amazon in both DC films, and USA Today contacted her after analysis of the costumes side-by-side as well as social media posts showcasing the changes went viral. (We covered it here.) 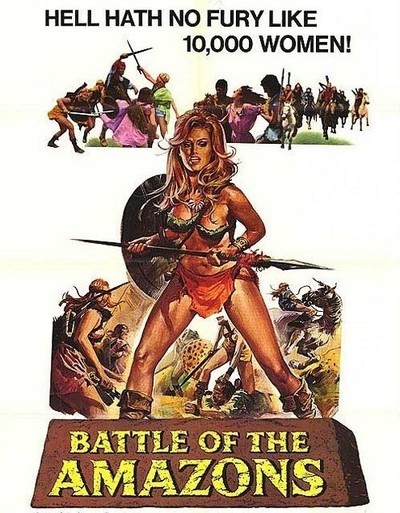 Much of the Internet’s frustration stems from the idea that the costumes sported by the Amazons in Wonder Woman—painstakingly researched and designed to be battle-ready and practical, highlighting their strong bodies without making them the entire focus of the ensemble—have been “updated” by a male director and a male costume designer.

In Justice League, the Amazons seem to be clad in a sort of pulp fantasy softcore version of what an Amazon could be wearing (and had oft-worn in movies from another era). It all appeared very much designed by and for the male gaze, and not for ease of kicking ass.

In case you wonder: Here’s a picture of how the Amazons looked in Wonder Woman…next to pic how they look in Justice League. First designed by Lindy Hemming, second by Michael Wilkinson.

Ence, whose three costumes were featured in the GoldenLasso post that went viral, told USA Today that at least from her perspective, she did not feel exploited by the costume change. In fact, rather the opposite:

Brooke Ence, who plays an Amazon in both movies, told USA TODAY at the premiere that showing more skin “didn’t bother me at all.”

As she recalls, not every warrior wore a two-piece, and “the girls on set, we never thought of (the new costumes) as a sexy version. It felt a little more glamorous, if anything, because we had bigger, beautiful hair, which I loved.” 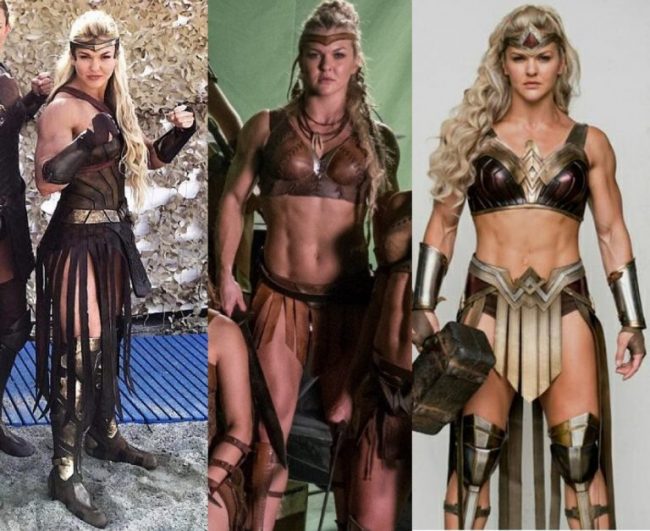 A CrossFit champion, Ence has the kind of superheroic real-life physique that is not frequently seen on women in film, and on this point, I must concur with her. In terms of representation, I think it’s important for little girls and boys—and big ones—to see a strong, unapologetic female body in a form we rarely, if ever, get to glimpse in action. And the new costumes will leave little to the imagination in that regard. For Ence, this was also an important aspect:

“I’m an athlete first, right? (Usually,) I can’t wear anything without someone commenting about my (muscular) body. So for me, it was actually really cool to be able to show it and not immediately feel masculine, but still very feminine.”

Outside of the Olympics, we seldom have the chance to view female athletic forms in different shapes and sizes in media, let alone a chance to witness their power and prowess. This is, for me, a singular positive aspect of the new costumes, especially if they felt as empowering for their wearers as Ence describes. And I’m absolutely thrilled if the actresses did not feel exploited on set. 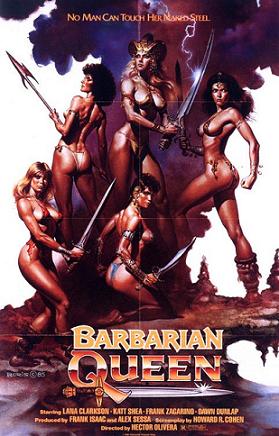 But I still can’t shake my discomfort at these costumes being rendered under male direction and for a movie made with a primarily male audience in mind—unlike Wonder Woman. As GoldenLasso points out, Justice League‘s later production means they specifically scrapped the Wonder Woman designs in favor of their own vision. And that vision meant a lot of impractical leather bustiers.

To be clear, I have absolutely zero issues with showcasing the raw strength of these women’s bodies. They should wear whatever the hell they want without comment, when the choice is their own. But in a world where male creators have frequently struggled to depict female warriors in any kind of dress that seems battle-appropriate rather than pin-up material, the switch from an outfit that is functional to one that is “more glamorous” gives me pause.

To echo Kimi at GoldenLasso, “My issue is not with the lack of modesty … I have a problem with a really great design being thrown out in favor of something that would excite the cis male gaze.” And despite Ence’s acceptance of the costume, we really have no evidence that the change wasn’t done for exactly this reason.

In no way do these women cease from looking tough and incredibly capable. I’m worried, however, about that exposed skin, removed leg protections, and all the other elements that constitute classic “female armor BINGO.”

Ask yourself: if it were you on the battlefield, which version of the Amazon costume would you want to wear?

Congratulations! YOu win a old-fashioned armor design that would have looked normal in a RPG from 80’s! Protect your nipples today!