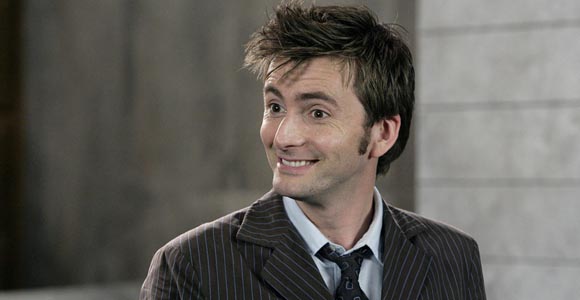 OH YES! David Tennant is officially joining the Star Wars universe! But will the character he’s voicing get his fantastic hair? We’ve got the photo reveal after the jump.

Although several other actors from sci-fi stardom have been on the show, IGN.com says the Doctor Who actor is the first Doctor to appear on Clone Wars. The episode will air this Saturday on Cartoon Network.

“The episode continues the story arc begun last week, as a group of young Jedi set out to build their first lightsabers. The former Doctor Who star will voice Huyang, a droid who is a crucial part of this journey,” writes IGN. And here’s what he’ll look like. 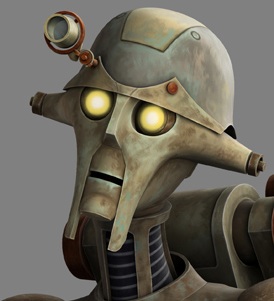 As a fan that has the privilege of playing in the Star Wars galaxy, I am always on the lookout for others who appreciate, and would enjoy, an opportunity to go on an adventure in George’s galaxy far, far away. When I heard the Doctor himself, David Tennant, was a fan of Star Wars I knew I had to find a way to get in contact with him to see if he would perform on The Clone Wars. The result was ‘Huyang,’ an ancient droid in the service of the Jedi Order, whose sole task in life has been overseeing the construction of lightsabers. I thought David was perfect for the part and he did not disappoint. He delivered a performance which impressed even the Master himself, George Lucas.

Catch it while it lasts on Cartoon Network. The series will most likely be moving to Disney XD thanks to their recent LucasFilm purchase. But for now, you can watch an exclusive clip on IGN.