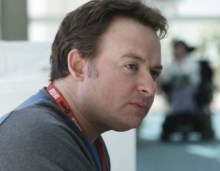 If you know the gaming industry, you know the outspoken, oddly creative David Jaffe. If you don’t follow the people behind your favorite games, he created God of War, but left Sony shortly after to be a part of casualish gaming studio Eat Sleep Play. Well, he recently left Eat Sleep Play, and took to his blog to explain exactly why.

People in the know might have grown tired of Jaffe leaving Sony behind, especially after creating one of their current flagship franchises, then founding a new company which he also left. It might seem fickle or obnoxious, so in the face of criticism, Jaffe decided to explain why he’s leaving Eat Sleep Play to focus on free-to-play games. Aside from the studio being in Utah and Jaffe being in San Diego and not enjoying working remotely, he had a difference of direction and vision with the studio’s cofounder, Scott Campbell:

Eat Sleep Play was majority owned and founded by myself and Scott Campbell. I admire and respect Scott as a person, friend, and game maker. But post Twisted Metal he and some of the team wanted to do different kinds of games than I wanted to do. While I have no idea what they are working on, I know Scott and some of the other key team members have wanted to do smaller mobile/social stuff for years. I imagine they are now doing that and I think that’s fantastic. The best games come from teams who are passionate and I bet they will knock their next titles out of the park because of that passion. I wish them the best.

But why should I stay with a company- even if I co founded it- if it’s not excited to be creating the stuff that excites me?* And why should I spend the time and energy trying to force my will on my partner and team mates when clearly THEY want to do other kinds of games than I want to do? That’s hard enough when you are in the office with those folks. Try forcing a direction when a talented team doesn’t want to go in that direction from 1000 miles away. The game would suffer as would our relationships, health, spirits,etc.

Basically, he wanted to make different kinds of games than Eat Sleep Play, which is why he left Sony in the first place. So, either Jaffe changes his mind more than other game developers, or he simply hasn’t found what he was originally looking for. Ain’t no thang.