An Open Letter to Capcom Regarding the Devil May Cry Reboot: No 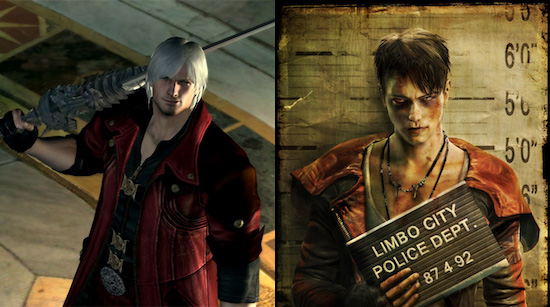 The rumored Ninja Theory–developed Devil May Cry game has been officially announced by Capcom, complete with trailer and screenshots, prompting the following letter of melancholy and defeat. The above picture on the left is of the old, ruggedly handsome, Josh Holloway (Sawyer from LOST) lookalike Dante and the picture on the right is the new Dante. And yes, that is a mugshot full of teenagery angst.

Hello. How have you been? Busy with Monster Hunters and Street Fighters and Megamans, I bet. I’m doing fine. Well, that isn’t entirely accurate. I was doing fine. I woke up this morning, took a soothing shower, had some yogurt, pet the cat. It wasn’t raining, I made it to work dry. The subway wasn’t on fire like it was a few days ago. Everything seemed pretty alright. The day was my oyster. I sat down to begin work and the internet greeted me with the news that a new Devil May Cry was officially announced. “I’m dry, didn’t suffer excessive smoke inhalation and now there’s a new Devil May Cry!” I naively thought to myself, “Everything’s comin’ up me.”

Until, at least, this happened:

Capcom, what did you do?

Series reboots are fine sometimes: I get it. It’s the comic book industry’s go-to move and it generally works fine for them. And sure, sometimes it’s alright when other teams take over a series. Retro Studios did a great job with the Metroid Prime trilogy. I can even somewhat understand handing Dante’s reins over to Ninja Theory, even though their first action game, Heavenly Sword, panned out to be a C+ gaming experience, because sometimes it’s financially safer to be average. I could’ve even tried to forgive your ambition of mediocrity. But, this? Really, Capcom? 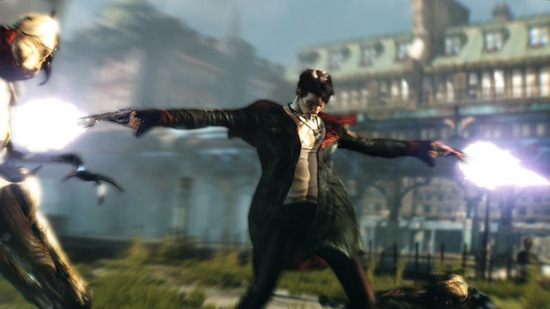 Yes, current-gen technology is pretty. Yes, that’s a cigarette in his mouth. That rebel. 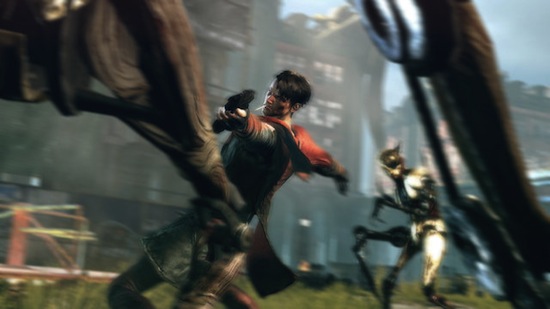 Listen, Capcom. I know Devil May Cry is full of cheese. Don’t think I’ll ever forget when young Dante surfed on a rocket in Devil May Cry 3. I do, however, understand that it’s campy, deliberate cheese. I can, rocket-surfing aside, permit an aspect of campiness. There’s not even anything wrong with giving characters makeovers, but you don’t change iconic characters. You don’t change Mario, you make him fun in new ways.

I know what’s going on, Capcom. Many of us do. It’s Devil May Cry 2’s fault: everyone knows it was one of the worst perversions in the history of gaming and fumbled the series’ mythos so badly that you weren’t ever able to make a sequel that took place after its events. It was a joke amongst gamers at first, when Devil May Cry 3 was revealed to be a prequel to the series: “Ha, DMC2 was so ridiculous that they couldn’t make a true sequel.” There wasn’t any weight to it, it was simply a fun joke, and besides, DMC3 was spectacular. We didn’t mind. Then Devil May Cry 4 released and it took place in between DMC1 and DMC2: “Ha, see? I told you! DMC2 messed up so badly that they can’t make a sequel!” To be fair, they only avoided the sequel twice, though the joke was beginning to have some merit. Now, a reboot: “The joke was true! DMC2 ruined the universe so badly that they needed to reboot the entire franchise!”

Though I may not necessarily agree with the practice in all its forms, I understand why companies copy things from other companies: Companies need to make money and a surefire way to make money is to copy something that already did. See: Zynga. So, why then, Capcom, did you copy two of the biggest blunders in recent gaming memory?

In Devil May Cry 4, you followed something Hideo Kojima still isn’t living down, which was creating an iconic character in Solid Snake, then not allowing us to be him for most of the sequel in his own series. It wasn’t as bad in DMC4 as it was in Metal Gear Solid 2: At least we got to be Dante longer than we got to be Solid Snake. Now, with this DMC reboot, you’re copying what happened in Prince of Persia: The Warrior Within, arguably the biggest gaming blunder of the past decade. Don’t you realize it, Capcom? Don’t you see? You’re taking a widely loved, successful character and, as Penny Arcade and Eurogamer put it, completely ruining him. If you’re going to copy things, Capcom, copy things that aren’t travesties of the gaming world.

Assuming the gameplay doesn’t follow the bland, generic route of Heavenly Sword or the train wreck of Devil May Cry 2 and somewhat follows the successful formula in DMC1 and DMC3, this new reboot has a good chance to be fun. Except when new Dante is on screen, which is, as general wisdom dictates, probably going to happen the whole game.

You’re making a different game, Capcom and Ninja Theory. At least have the decency to call it something else and leave our beloved, campy, Sawyer-esque Dante alone.

Already longing for the cheesy, stereotypical white hair and characters that aren’t smoldering with generic rage, your pal,

(story and photos via Eurogamer and Joystiq)