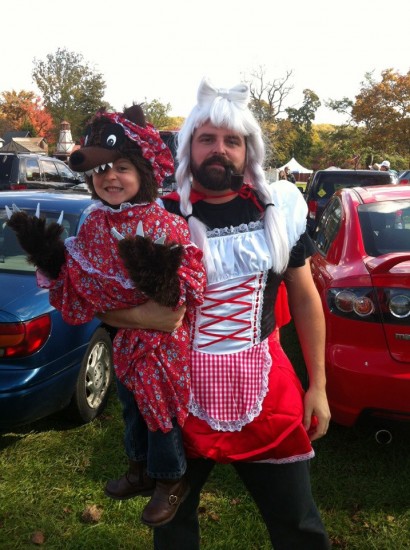 Paper_liger’s daughter announced she wanted to be a wolf for Halloween, and when he saw the plus-sized, skimpy, women’s Red Riding Hood costume right next to the wolf costume at the store, he knew what had to happen.

Just keep her away from any Russian grandmothers.

Previously in Kids in Costumes