We look forward to the day when we all have tiny DARPA robots in our brain! 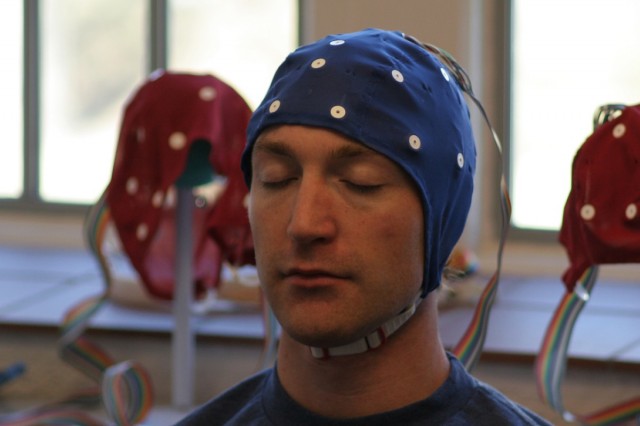 Not content with only building gigantic horror-bots that will one day rule your city with a literal iron fist, DARPA has teamed up with the Pentagon to get a little smaller – implantable-brain-robot smaller. Hopefully, this new project will help treat memory loss in soldiers injured in combat (and not turn them into weird DARPA-slavebots).

Though Medtronic Inc. (MDT) has already created robot brain implants to treat the symptoms of Parkinson’s, not much work has gone into using these robots to restore memories lost in traumatic injuries. DARPA is using funding from President Obama’s BRAIN Initiative to develop implantable probes that could apply this same Medtronic science to memory loss.

We don’t know much about how memory operates, but the hope is that these tiny robots would stimulate the brain tissue to help restore lost memories, using thin wires that extend from the probes into the brain tissue. The wires would deliver electrical impulses powered by a device implanted in the upper chest, like a pacemaker or internal defibrillator.

The probes wouldn’t be used for regaining memories like names or events, but would instead help people remember how to perform basic motor skills and tasks necessary for daily life. DARPA includes driving cars, tying shoelaces, operating machinery, and flying planes in this list of “basic motor skills,” because it wouldn’t be at all terrifying to know your pilot could forget what he’s doing mid-flight when his brain robot malfunctions.

(via Bloomberg, image via neuro_rob)