But Google's totally not trying to take over the world, right guys? Right? 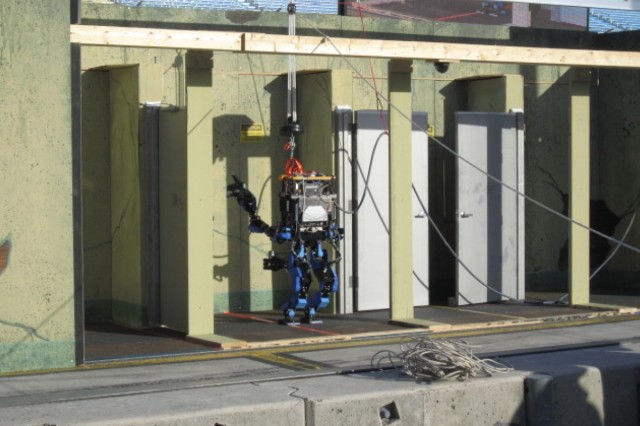 After two days of intense competition, Japanese robotics team SCHAFT dominated the DARPA Robotics Challenge Trials to emerge as the sole victor (there were probably no retractable chain swords involved, though). Owned by Google, SCHAFT’s two-legged bot (called “S-One”) earned the most points over the course of the forty-eight hour challenge.

Taking place over Friday and Saturday at the Homestead Miami Speedway, robots from around the globe were tested on their mobility, dexterity, perception, and autonomous operations. The robots had to drive vehicles through obstacle courses, walk across rough terrain, move heavy debris, climb ladders, connect hoses, open doors, cut through drywall using tools, and close valves.

S-One, weighing in at 209 pounds of “this-is-how-you-will-die,” scored 27 total points in the robot olympics, tailed closely by Florida’s IHMC Robotics and Carnegie Mellon University’s Team Tartan Rescue. These teams will move on to the DARPA Robotics Finals, about a year and a half from now, where they will compete for a $2 million prize.

And for that coveted spot in your nightmares.

(via Space.com, image via LiveScience)