Have $500,000 to Throw Around? Original Dark Knight Returns #2 Cover Art Goes Up For Auction 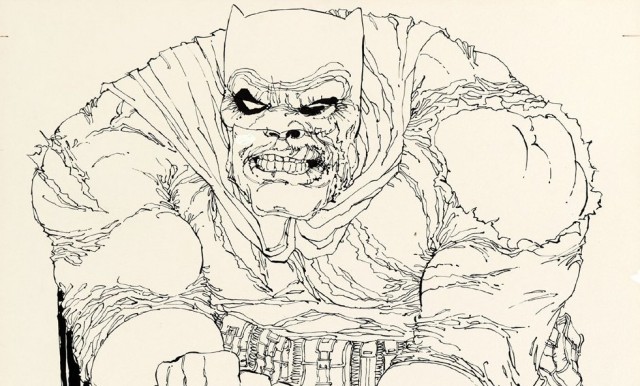 “Gritty” Batman started in one place — Frank Miller’s The Dark Knight Returns. Miller’s original artwork for the cover of issue #2 in the series is going up for sale at Heritage Auctions, and it can be yours, but only if you’re Bruce-Wayne-level loaded. The piece is expected to bring in over half a million dollars, and I’m willing to bet the Joker tries to steal it.

If there’s a more iconic image of Miller’s vision of a beaten down, grizzled Batman than the cover of the second issue of The Dark Knight Returns, I can’t think of it. Look at this hot mess right here: 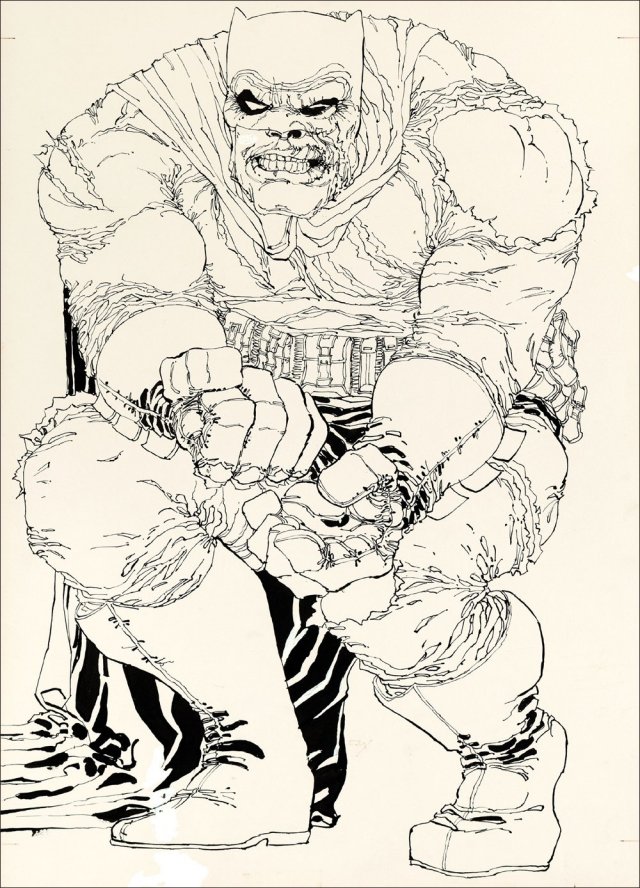 I hesitate to call it beautiful, because — I mean — look at it. When I think of “beautiful” I don’t think of an aging beat-to-hell-and-back Batman, but what it represents is beautiful. The Dark Knight Returns got Batman away from the goofy, and set the tone for decades of stories to come.

Heritage has sold art from the series before, with the current record holder being a page from issue #3 with Batman and Robin swinging through Gotham. That piece sold for $448,125 in 2011.

Along with the cover art for issue #2 a copy of Batman #1 — featuring the first appearances of both Catwoman and The Joker — is going up for auction as well. The issue has a “near mint -” 9.2 grade, and a similarly graded copy of the book sold for $850,000 last year.

That amount falls considerably short of the record sale price of a comic book. That’s currently held by the $2.16 million price tag on a copy of Action Comics #1 that sold in 2011.

If you’re interested in being outbid on the Dark Knight Returns cover or Batman #1, the auction will be held in Dallas between August 1st and 3rd, with online bidding starting as early as July 12th.