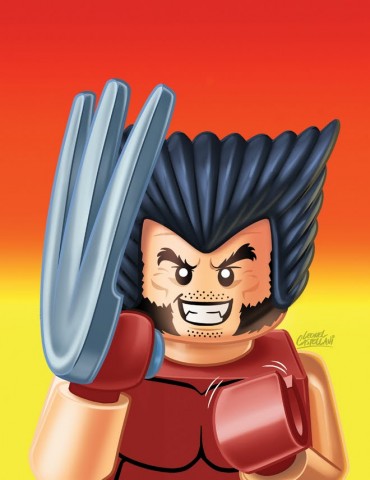 LEGO and Marvel have been joining forces recently to make my eleven-year-old self foam at the mouth with rabid glee. First they put out the amazing Super Hero minifigure sets last year (this is where I would brag about my Hawkeye minifigure if I knew where the heck I put it). Then they released the trailer for the LEGO video game featuring the characters of the Marvel U. Now they’ve announced that in September, a bunch of Marvel titles will get LEGO-style variant covers featuring your favorite characters all adorable and LEGO-fied. I’m not a big variant collector, but I might camp out at my local comic book store for these.

As of now, only three have been released — takeoffs on Jim Steranko’s Hulk, David Aja’s Hawkeye, and Frank Miller’s Wolverine covers from previous issues of each comic, each drawn by Leonel Castellani (Christopher Jones and Adam DeKraker will contribute other illustrations as well)

We didn’t want to rob you of each cover’s full-size glory, so we’ve included them here in a gallery rather than embed them. It’s okay, they’re worth the extra clicks.

Make sure you tell your local retailer to stock these! It would be really awful if you just showed up on the day and couldn’t find one. Like, really awful.