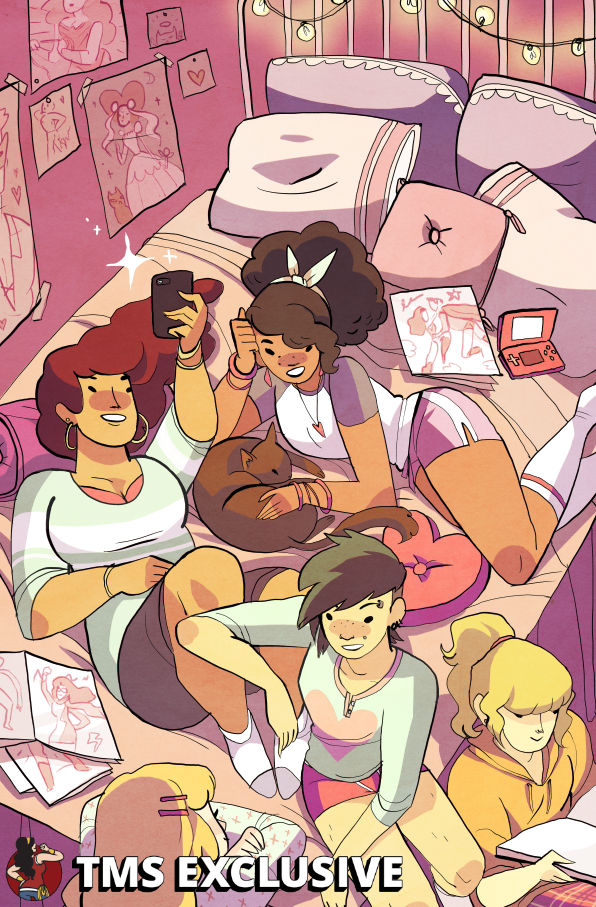 The Mary Sue is super-pleased to exclusively announce that Dark Horse Comics will be publishing The Secret Loves of Geek Girls anthology for worldwide distribution.

I was incredibly excited when I heard Dark Horse was interested in picking up Secret Loves of Geek Girls for worldwide distribution. I had already been working with them helping to organize the execution of the project Angel Catbird, and was very happy with their enthusiasm and attention to detail for the project, and when they said they were interested in Secret Loves (which had just finished its Kickstarter campaign) I immediately agreed.

I imagined Secret Loves to be a small passion project but the amount of attention and desire that it has generated shows that these are stories that people desperately want. I’m so proud of my artists and writers and excited to showcase their talent across the world. No more can anyone say that we geek girls are a secretive and hidden community!

If you’re in Toronto, you can celebrate the news and meet some of the creators later today at Page and Panel: The TCAF Store’s Secret Loves of Geek Girls launch party.