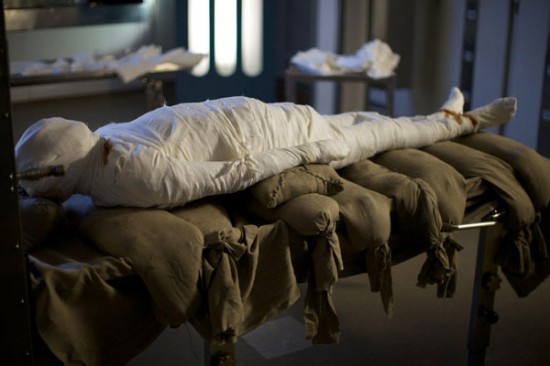 After being diagnosed with terminal lung cancer, U.K. cab driver Alan Billis decided to accept a rather unusual offer put to him by a pair of scientists from the University of York. Instead of having a typical burial, Billis donated his body to the team and agreed to allow them to mummify him in what researchers believe was the method used by ancient Egyptians.

The scientists, chemist Stephen Buckley and archaeologist Jo Fletcher have worked to figure out exactly how the Egyptians managed to preserve their dead so well. The hot, dry environment certainly played a role, but the mummification process was never recorded by the Egyptians themselves and might hold the answer. Though the Greek stay-at-home historian Herodotus did describe some aspects of the Egyptian method, the exact details have remained a mystery. Using Billis, who died in January, researchers aim to shed light on the ancient ritual.

Over the course of three months, the researchers mummified Billis and tested their ideas. In his chronicles, Herodotus said that natron — a salt — was key to mummification. It’s been previously thought that dry salt was used to pull moisture from the corpse, but Buckley and Fletcher believe that instead the ancients may have dipped the body in a bath of natron solution. They’ve applied this, and other of their theories, on Billis.

So far the experiment seems to be going quite well, with experts in human decomposition apparently impressed at the state of Billis’ body. Of course, a few months is hardly a comparison to the thousands of years ancient mummies were entombed, but it could lend support to the researchers’ theories. For the moment, however, perhaps the most telling comment came from Billis’ wife who, according to New Scientist, said:

I’m the only woman in the country who’s got a mummy for a husband.